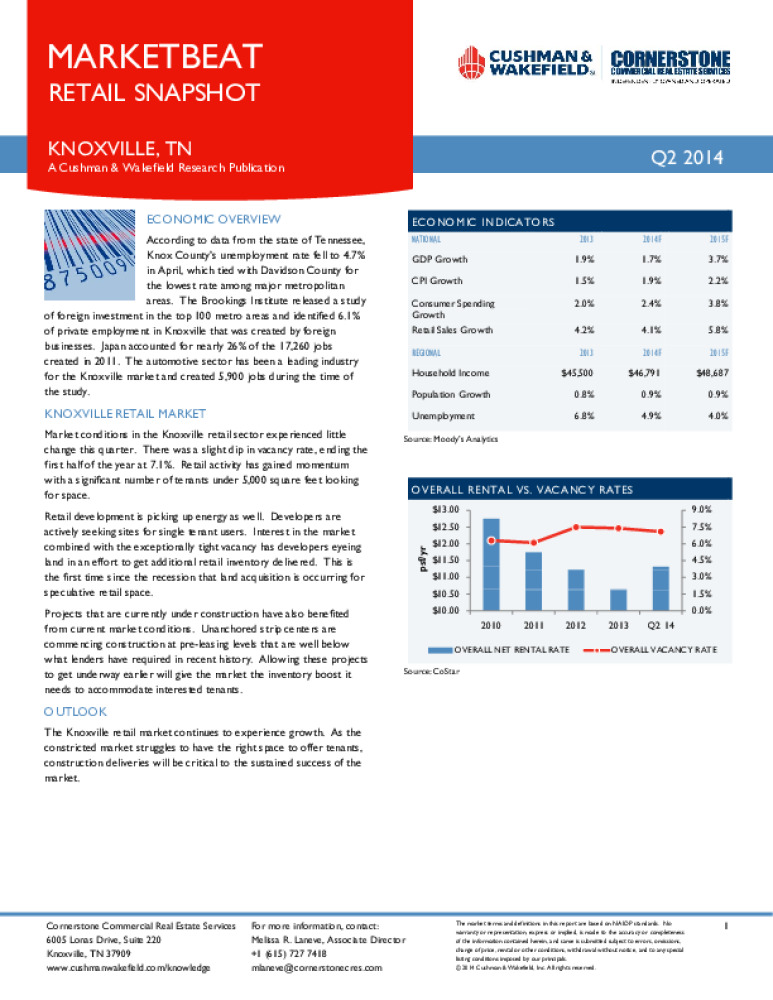 According to data from the state of Tennessee, Knox County’s unemployment rate fell to 4.7% in April, which tied with Davidson County for the lowest rate among major metropolitan areas. The Brookings Institute released a study of foreign investment in the top 100 metro areas and identified 6.1% of private employment in Knoxville that was created by foreign businesses.

Japan accounted for nearly 26% of the 17,260 jobs created in 2011. The automotive sector has been a leading industry for the Knoxville market and created 5,900 jobs during the time of the study.