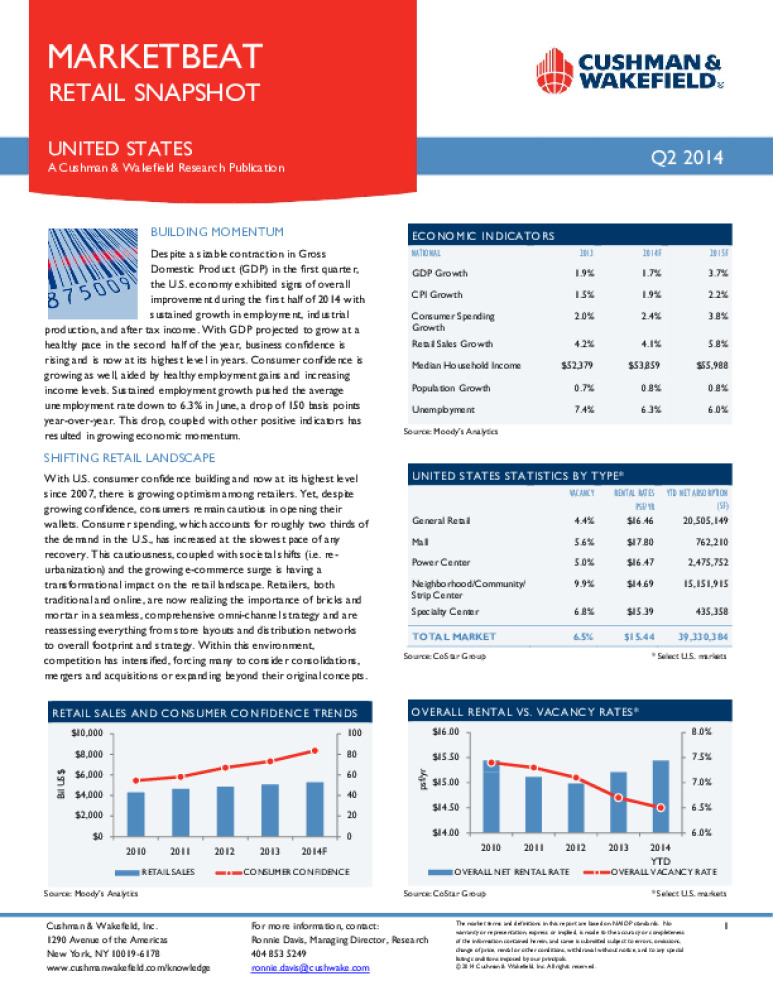 Despite a sizable contraction in Gross Domestic Product (GDP) in the first quarter, the U.S. economy exhibited signs of overall improvement during the first half of 2014 with sustained growth in employment, industrial production, and after tax income. With GDP projected to grow at a healthy pace in the second half of the year, business confidence is rising and is now at its highest level in years.

Consumer confidence is growing as well, aided by healthy employment gains and increasing income levels. Sustained employment growth pushed the average unemployment rate down to 6.3% in June, a drop of 150 basis points year-over-year. This drop, coupled with other positive indicators has resulted in growing economic momentum.