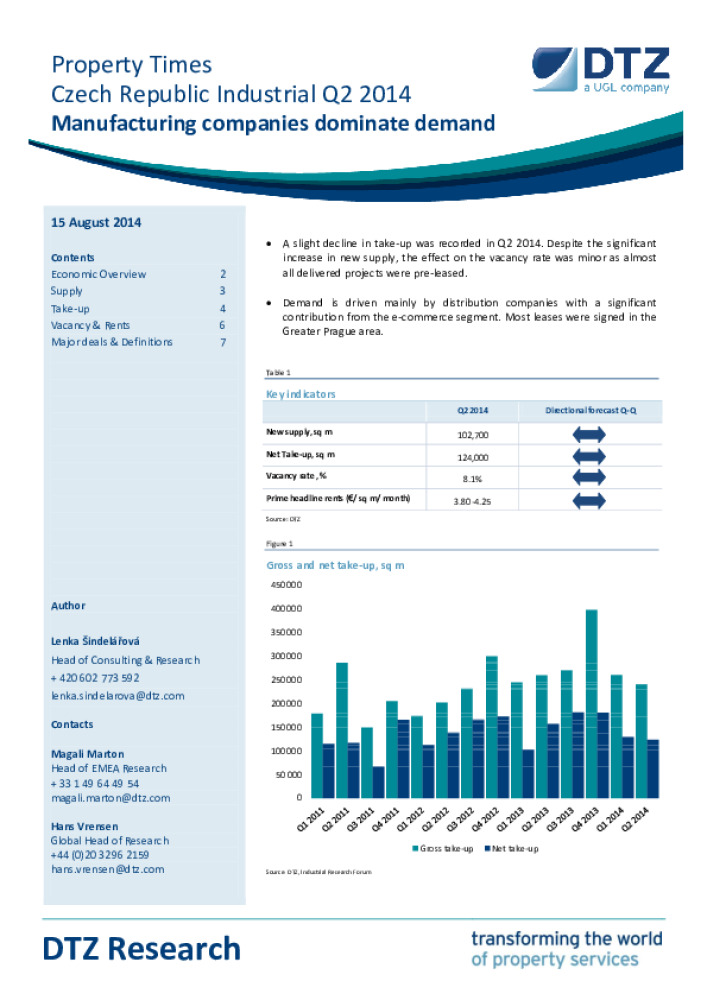 A slight decline in take-up was recorded in Q2 2014. Despite the significant increase in new supply, the effect on the vacancy rate was minor as almost all delivered projects were pre-leased.

Demand is driven mainly by distribution companies with a significant contribution from the e-commerce segment. Most leases were signed in the Greater Prague area.