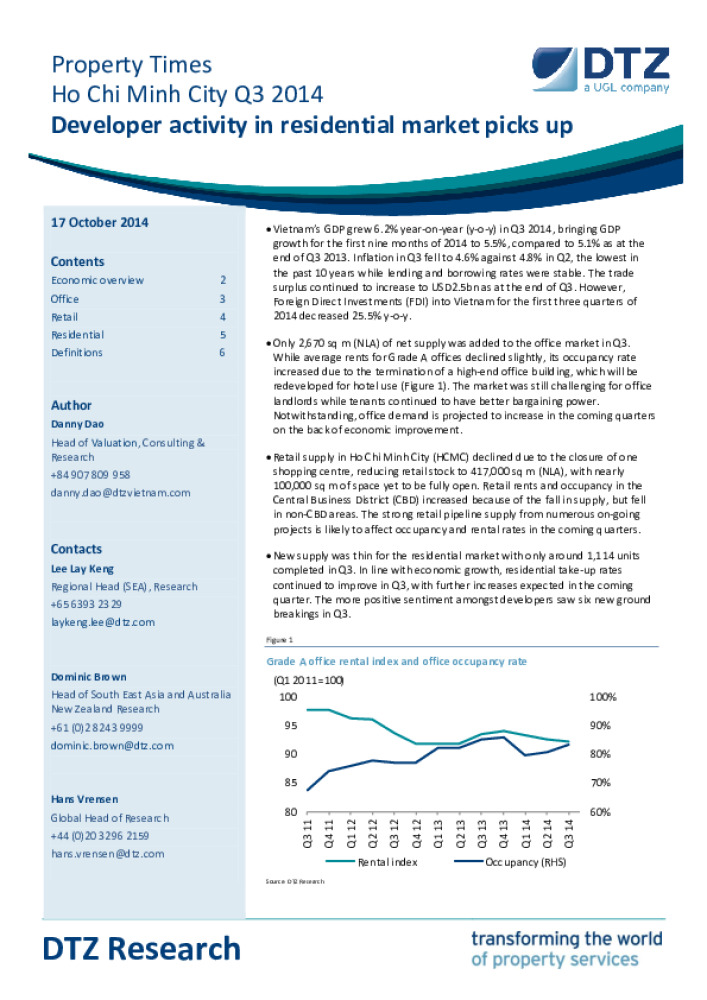 Indonesia’s economic growth continued to slow in Q2 with year-on-year (y-o-y) growth of 5.1%, as investment and exports growth slowed. Despite political uncertainty surrounding future government policies and the support that the new elected president will receive from his cabinet given that it is dominated by the opposition coalition, Bank Indonesia (BI) still expects overall growth in 2014 to remain in line with the previous projection of 5.1%-5.5%, albeit inclined towards the lower end of the forecast range.

Despite the uncertainty over future government policies and the wait-and-see attitude of investors, office demand has picked up after the elections amidst a continuous influx of foreign investors coming into the country. In the foreseeable future, with a healthy pipeline supply of office space, office rental growth in the Central Business District (CBD) area is still likely to be moderate, until the additional space has been absorbed. In the long run, business sentiment is more positive, with the imminent implementation of the ASEAN Economic Community (AEC) in 2015 and the confirmation of Indonesia as the host venue of the 2018 Asian Games. It is also hoped that the new cabinet will implement government policies that will support economic growth and businesses alike.