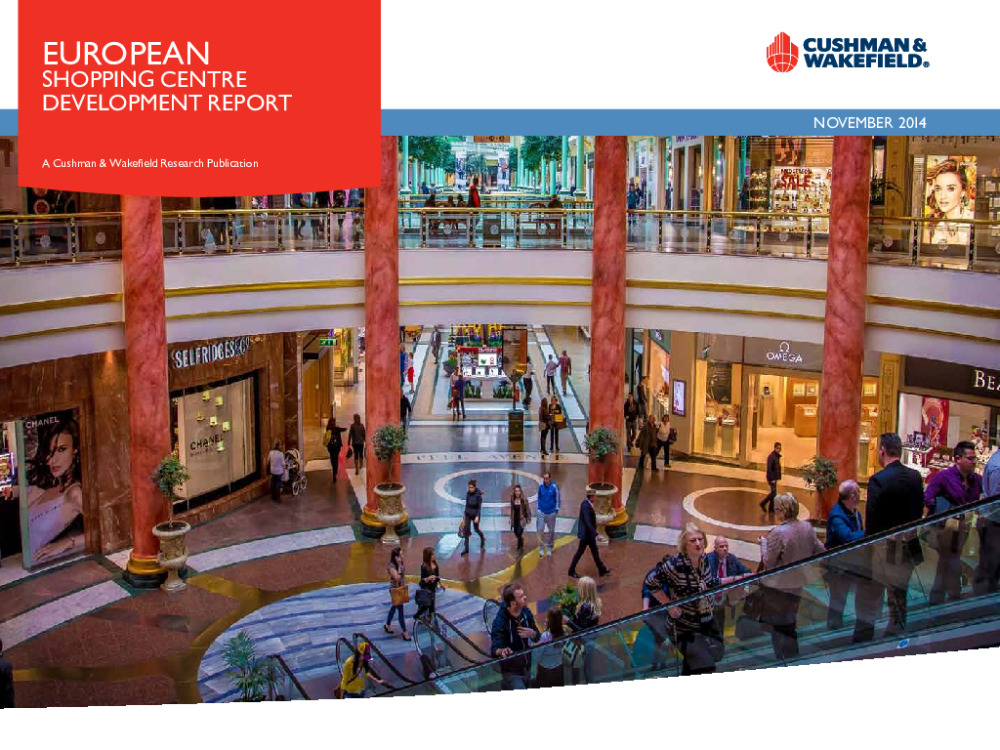 Total shopping centre floorspace in Europe is estimated to rise to 161.4 million sq.m by the end of 2014, a 4.5% increase year-on-year. While Western Europe accounts for 65% of total built GLA, development activity in Central and Eastern Europe (CEE) reached 1.4 million sq.m in H1 2014, over double the 637,000 sq.m added to the Western European market. Russia and Turkey alone accounted for 1.1 million sq.m of added space in H1, as developers aim to catch-up with the Western European market, focusing on larger centres that serve a wide catchment area. Conversely, other CEE markets such as Latvia and Lithuania have experienced more restrained growth due to the effects of depopulation.

Development activity in Western Europe has been characterized by ongoing demand for large, dominant centres that have sophisticated leisure and dining concepts, with smaller shopping centres being expanded to meet consumer requirements. The rise of multichannel retailing has also played a vital role in developer strategy, with many testing new technologies to make the customer journey from a virtual to physical retail environment as seamless as possible. In these markets, shopping centres are becoming destinations in themselves, allowing consumers to interact with a diverse range of retailers, find that much needed leisure time and choose from a wide range of dining concepts.

Total European investment volumes climbed by 16% to €12.5 billion at the end of Q3, with the big three – the UK, France and Germany – recording a combined investment volume of €7.75 billion. A short supply of high-quality stock has heightened demand from both domestic and international players, whilst further polarising primary and secondary markets. Investment in the CEE region has declined significantly from Q1 onwards, as investors remain apprehensive over political tensions. However, opportunistic players are viewing undersaturated markets such as Sofia and Bucharest with renewed interest, as prime centres in secondary markets are perceived to hold increasing value.