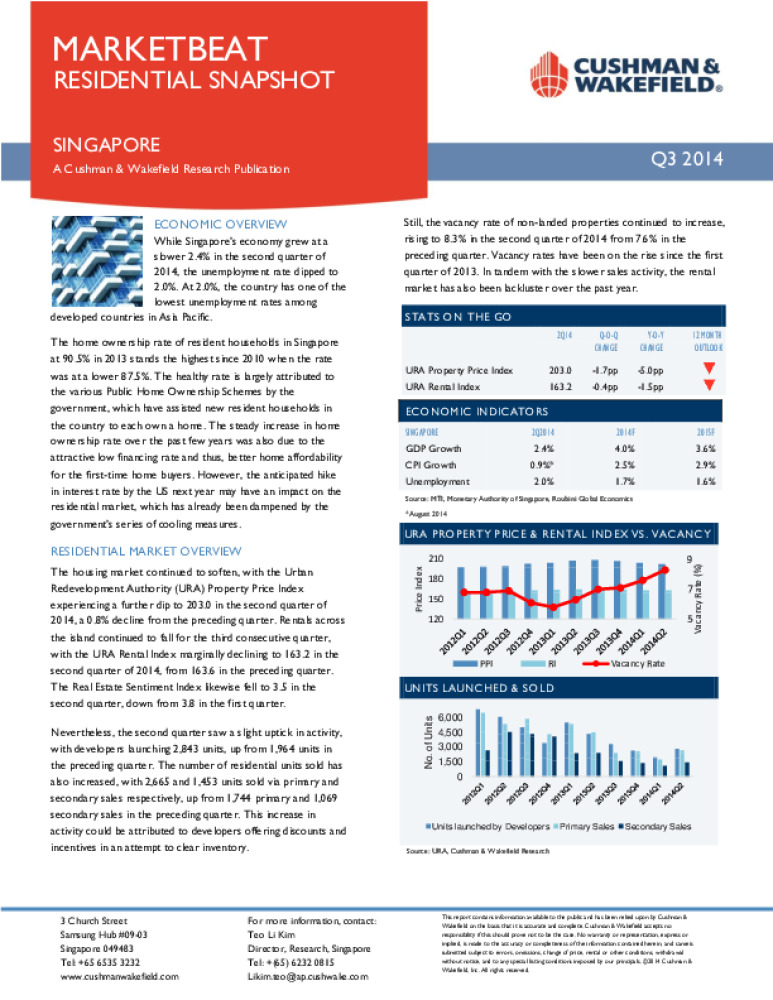 While Singapore’s economy grew at a slower 2.4% in the second quarter of 2014, the unemployment rate dipped to 2.0%. At 2.0%, the country has one of the lowest unemployment rates among developed countries in Asia Pacific.

The home ownership rate of resident households in Singapore at 90.5% in 2013 stands the highest since 2010 when the rate was at a lower 87.5%. The healthy rate is largely attributed to the various Public Home Ownership Schemes by the government, which have assisted new resident households in the country to each own a home.

The steady increase in home ownership rate over the past few years was also due to the attractive low financing rate and thus, better home affordability for the first-time home buyers. However, the anticipated hike in interest rate by the US next year may have an impact on the residential market, which has already been dampened by the government’s series of cooling measures.

Singapore : Demand to continue to be project-specific - Q4 2013