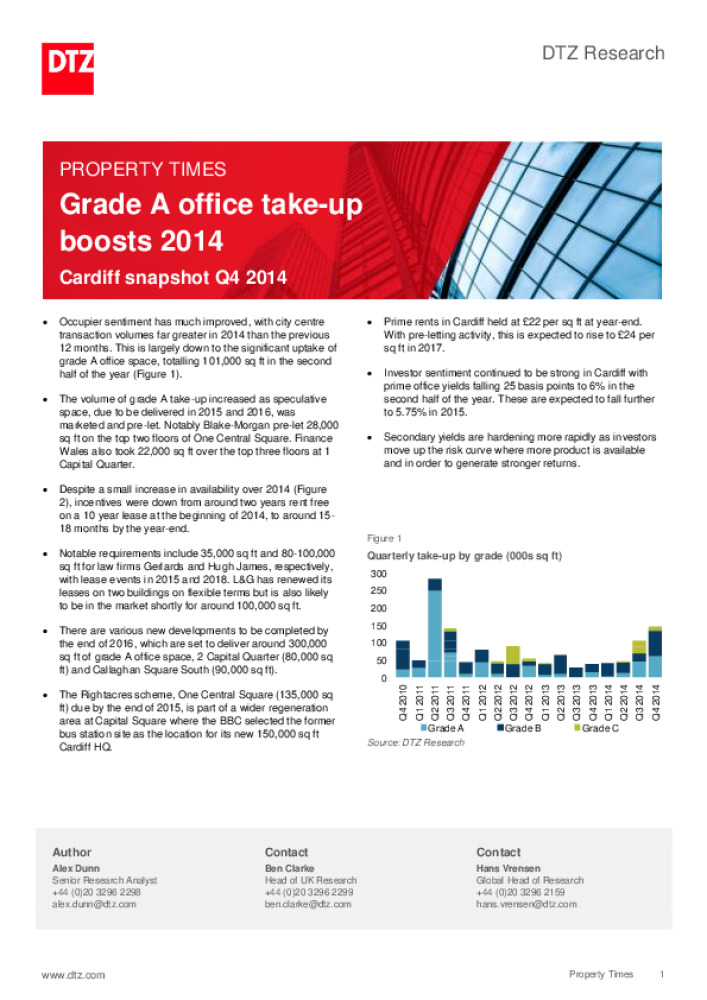 Occupier sentiment has much improved, with city centre transaction volumes far greater in 2014 than the previous 12 months. This is largely down to the significant uptake of grade A office space, totalling 101,000 sq ft in the second half of the year.

The volume of grade A take-up increased as speculative space, due to be delivered in 2015 and 2016, was marketed and pre-let. Notably Blake-Morgan pre-let 28,000 sq ft on the top two floors of One Central Square. Finance Wales also took 22,000 sq ft over the top three floors at 1 Capital Quarter.