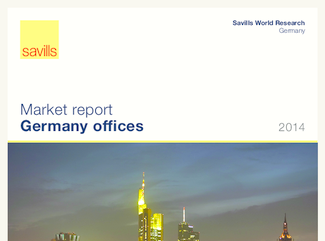 In 2014, take-up in the top six office markets decreased by almost 3% compared to the previous year to reach a level of 2.7m sq m.

With Hamburg and Berlin only two locations registered a plus in take-up of 20% and 12% respectively. In contrast, Düsseldorf, Cologne and Frankfurt noted double-digit losses.

Despite decreasing take-up, the vacancy rate decreased on average of the analysed markets by 30 basis points compared to the previous year to a level of 7.7%.

Although the take-up is likely to stagnate this year due to a lack of economic impetus, the decline of vacant space will continue in 2015 – and therefore the fifth year in a row. As a consequence, the rental level should also continue to increase.