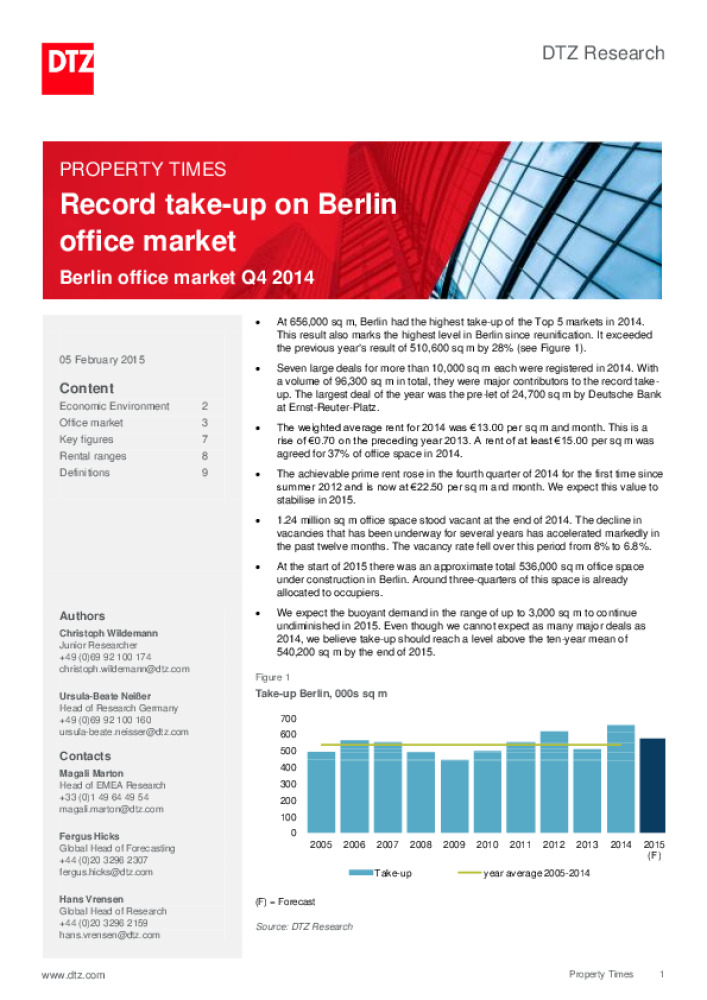 Seven large deals for more than 10,000 sq m each were registered in 2014. With a volume of 96,300 sq m in total, they were major contributors to the record take-up. The largest deal of the year was the pre-let of 24,700 sq m by Deutsche Bank at Ernst-Reuter-Platz. 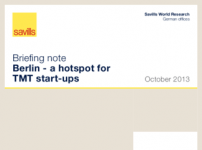 Berlin - a hotspot for TMT start-ups