Growth in China and the Evolution of Asia’s Megalopolises 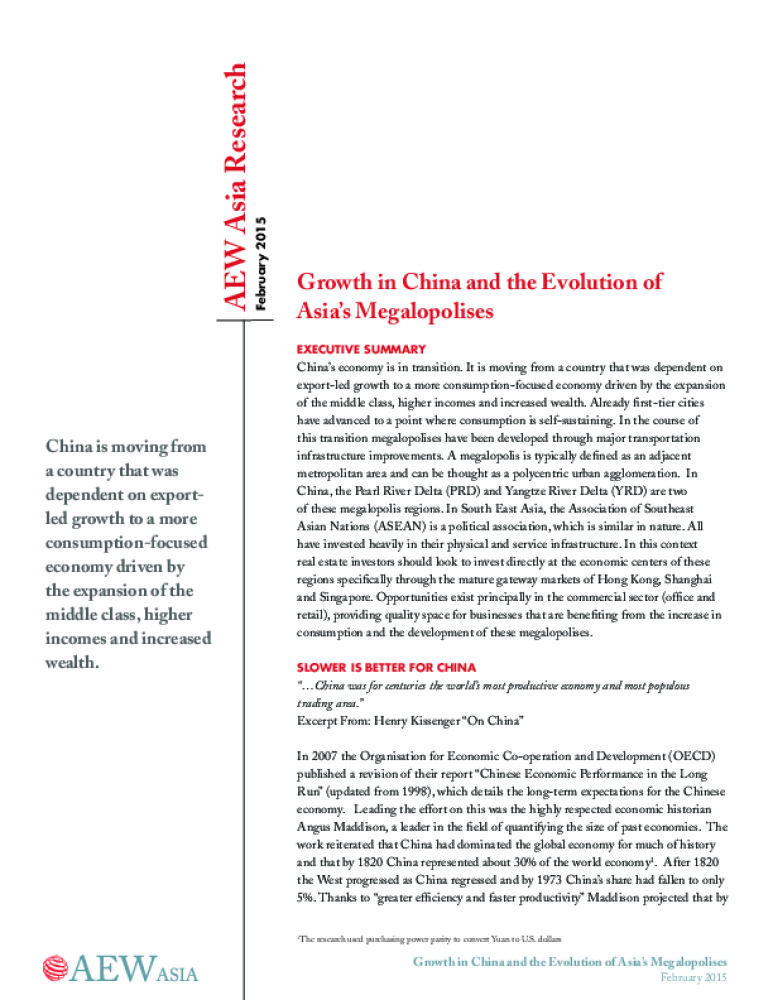 China’s economy is in transition. It is moving from a country that was dependent on export-led growth to a more consumption-focused economy driven by the expansion of the middle class, higher incomes and increased wealth. Already first-tier cities have advanced to a point where consumption is self-sustaining. In the course of this transition megalopolises have been developed through major transportation infrastructure improvements.

A megalopolis is typically defined as an adjacent metropolitan area and can be thought as a polycentric urban agglomeration. In China, the Pearl River Delta (PRD) and Yangtze River Delta (YRD) are two of these megalopolis regions. In South East Asia, the Association of Southeast Asian Nations (ASEAN) is a political association, which is similar in nature.

All have invested heavily in their physical and service infrastructure. In this context real estate investors should look to invest directly at the economic centers of these regions specifically through the mature gateway markets of Hong Kong, Shanghai and Singapore. Opportunities exist principally in the commercial sector (office and retail), providing quality space for businesses that are benefiting from the increase in consumption and the development of these megalopolises.