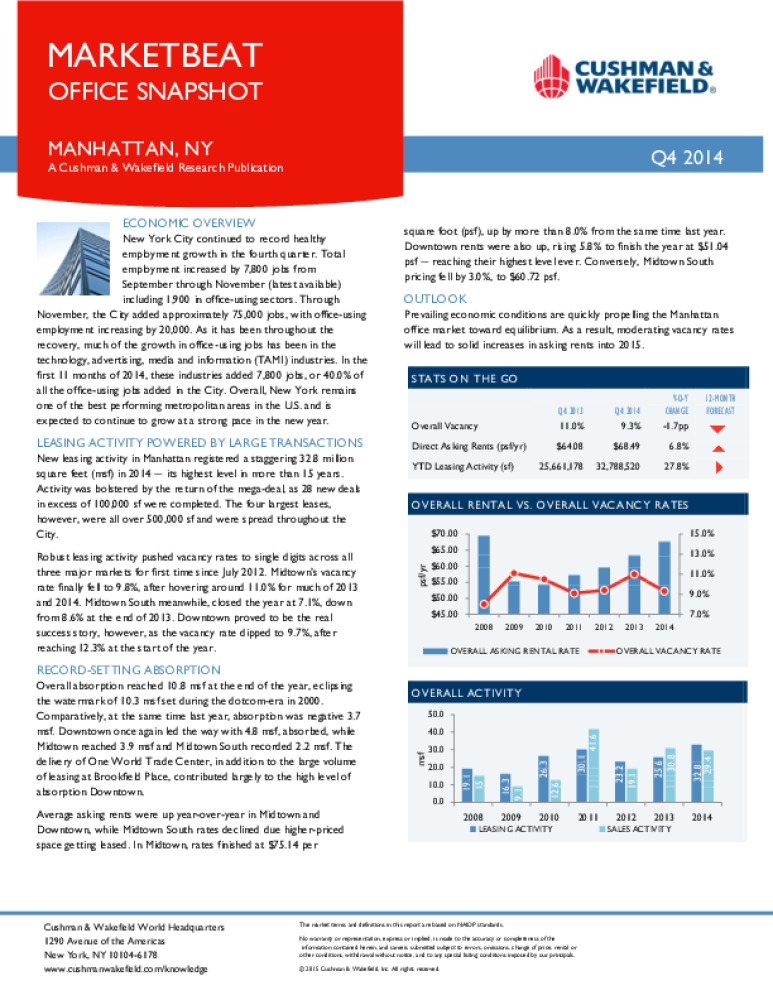 New York City continued to record healthy employment growth in the fourth quarter. Total employment increased by 7,800 jobs from September through November (latest available) including 1,900 in office-using sectors. Through November, the City added approximately 75,000 jobs, with office-using employment increasing by 20,000. As it has been throughout the recovery, much of the growth in office-using jobs has been in the technology, advertising, media and information (TAMI) industries. In the first 11 months of 2014, these industries added 7,800 jobs, or 40.0% of all the office-using jobs added in the City. Overall, New York remains one of the best performing metropolitan areas in the U.S. and is expected to continue to grow at a strong pace in the new year.