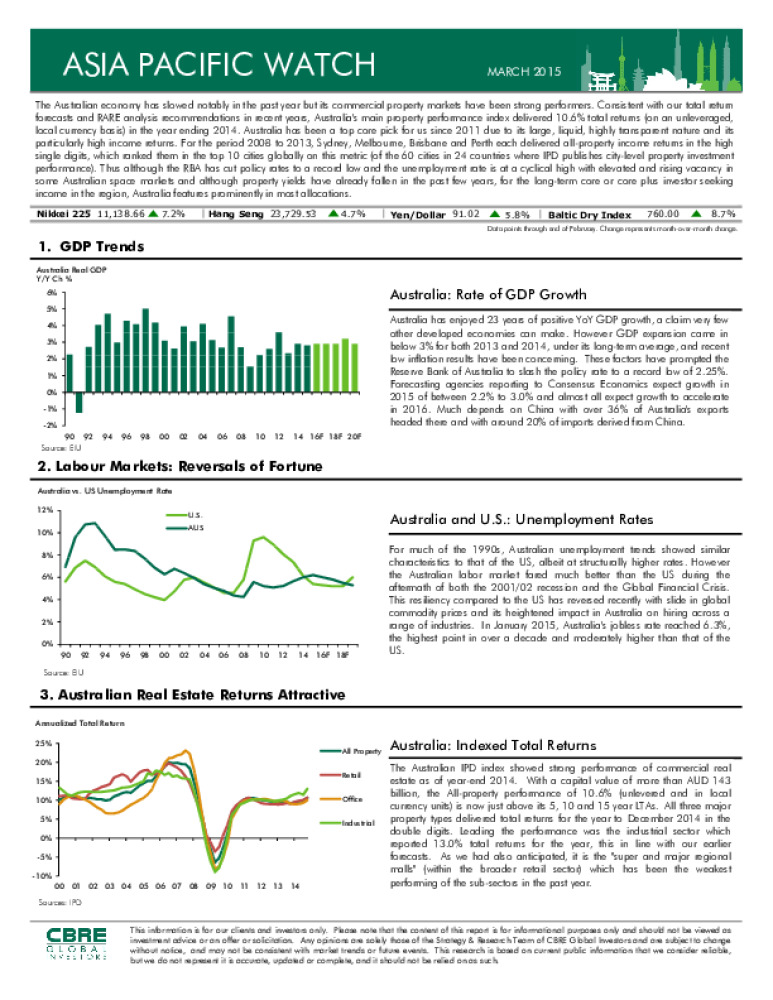 The Australian economy has slowed notably in the past year but its commercial property markets have been strong performers. Consistent with our total return forecasts and RARE analysis recommendations in recent years, Australia's main property performance index delivered 10.6% total returns (on an unleveraged, local currency basis) in the year ending 2014.

Australia has been a top core pick for us since 2011 due to its large, liquid, highly transparent nature and its particularly high income returns. For the period 2008 to 2013, Sydney, Melbourne, Brisbane and Perth each delivered all-property income returns in the high single digits, which ranked them in the top 10 cities globally on this metric (of the 60 cities in 24 countries where IPD publishes city-level property investment performance). Thus although the RBA has cut policy rates to a record low and the unemployment rate is at a cyclical high with elevated and rising vacancy in some Australian space markets and although property yields have already fallen in the past few years, for the long-term core or core plus investor seeking income in the region, Australia features prominently in most allocations.

Growth in China and the Evolution of Asia’s Megalopolises