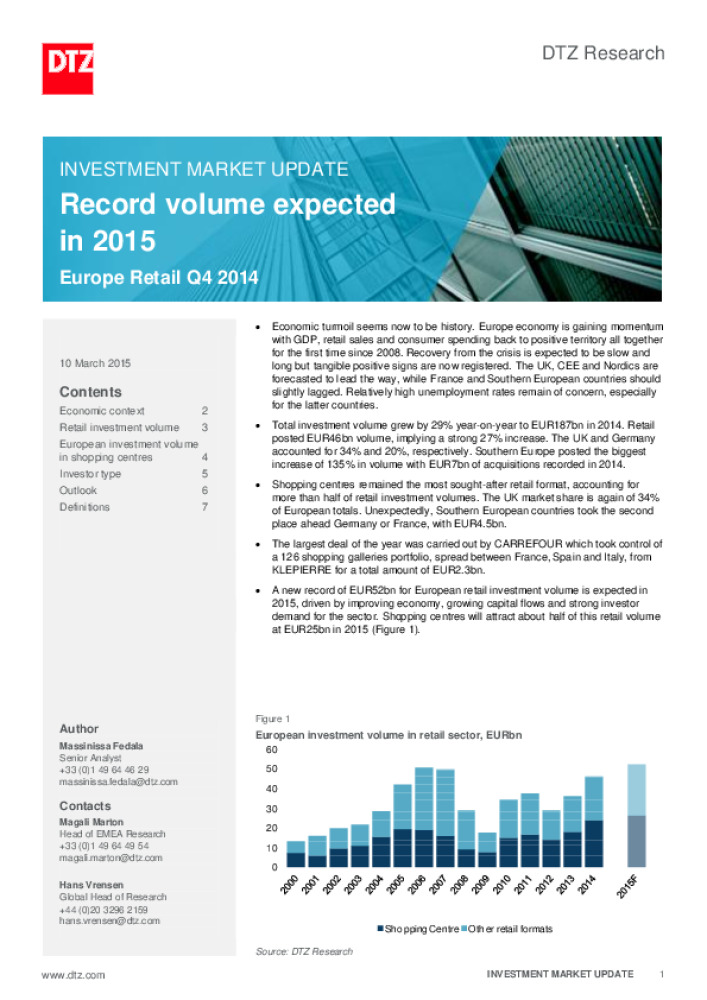 Economic turmoil seems now to be history. Europe economy is gaining momentum with GDP, retail sales and consumer spending back to positive territory all together for the first time since 2008. Recovery from the crisis is expected to be slow and long but tangible positive signs are now registered. The UK, CEE and Nordics are forecasted to lead the way, while France and Southern European countries should slightly lagged. Relatively high unemployment rates remain of concern, especially for the latter countries.

Total investment volume grew by 29% year-on-year to EUR187bn in 2014. Retail posted EUR46bn volume, implying a strong 27% increase. The UK and Germany accounted for 34% and 20%, respectively. Southern Europe posted the biggest increase of 135% in volume with EUR7bn of acquisitions recorded in 2014.

Shopping centres remained the most sought-after retail format, accounting for more than half of retail investment volumes. The UK market share is again of 34% of European totals. Unexpectedly, Southern European countries took the second place ahead Germany or France, with EUR4.5bn.

The largest deal of the year was carried out by Carrefour which took control of a 126 shopping galleries portfolio, spread between France, Spain and Italy, from Klépierre for a total amount of EUR2.3bn.

A new record of EUR52bn for European retail investment volume is expected in 2015, driven by improving economy, growing capital flows and strong investor demand for the sector. Shopping centres will attract about half of this retail volume at EUR25bn in 2015. 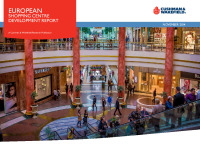