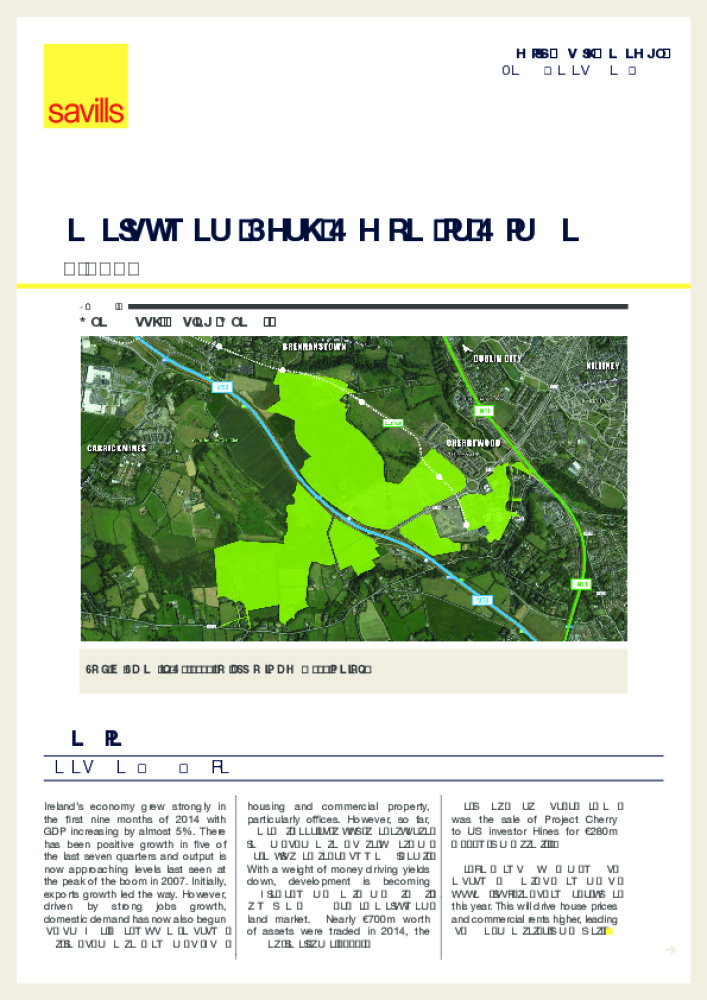 Ireland’s economy grew strongly in the first nine months of 2014 with GDP increasing by almost 5%. There has been positive growth in five of the last seven quarters and output is now approaching levels last seen at the peak of the boom in 2007. Initially, exports growth led the way. However, driven by strong jobs growth, domestic demand has now also begun to contribute. The improved economy has led to increased demand for both housing and commercial property, particularly offices. However, so far, there has been no supply side response leading to increased house prices and an explosive rise in commercial rents. With a weight of money driving yields down, development is becoming viable in many areas and this has stimulated activity in the development land market. Nearly €700m worth of assets were traded in 2014, the highest level since 2007.

The largest transaction in the year was the sale of Project Cherry to US investor Hines for €280m
(€140m land assets). The key demographic and macroeconomic drivers of demand for property look set to remain in place this year. This will drive house prices and commercial rents higher, leading to further increases in land values. 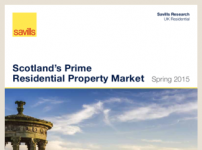 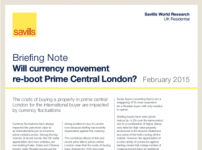