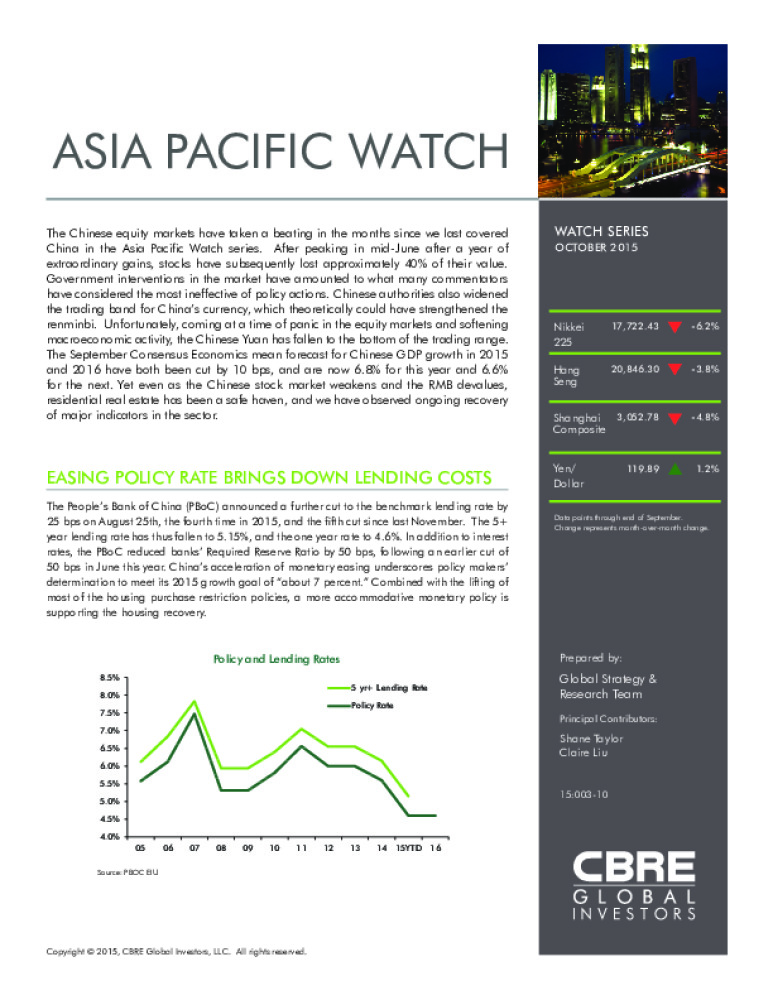 The Chinese equity markets have taken a beating in the months since we last covered China in the Asia Pacific Watch series. After peaking in mid-June after a year of extraordinary gains, stocks have subsequently lost approximately 40% of their value. Government interventions in the market have amounted to what many commentators have considered the most ineffective of policy actions. Chinese authorities also widened the trading band for China’s currency, which theoretically could have strengthened the renminbi. Unfortunately, coming at a time of panic in the equity markets and softening macroeconomic activity, the Chinese Yuan has fallen to the bottom of the trading range. The September Consensus Economics mean forecast for Chinese GDP growth in 2015 and 2016 have both been cut by 10 bps, and are now 6.8% for this year and 6.6% for the next. Yet even as the Chinese stock market weakens and the RMB devalues, residential real estate has been a safe haven, and we have observed ongoing recovery of major indicators in the sector. 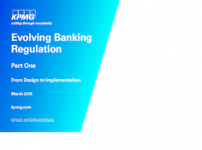