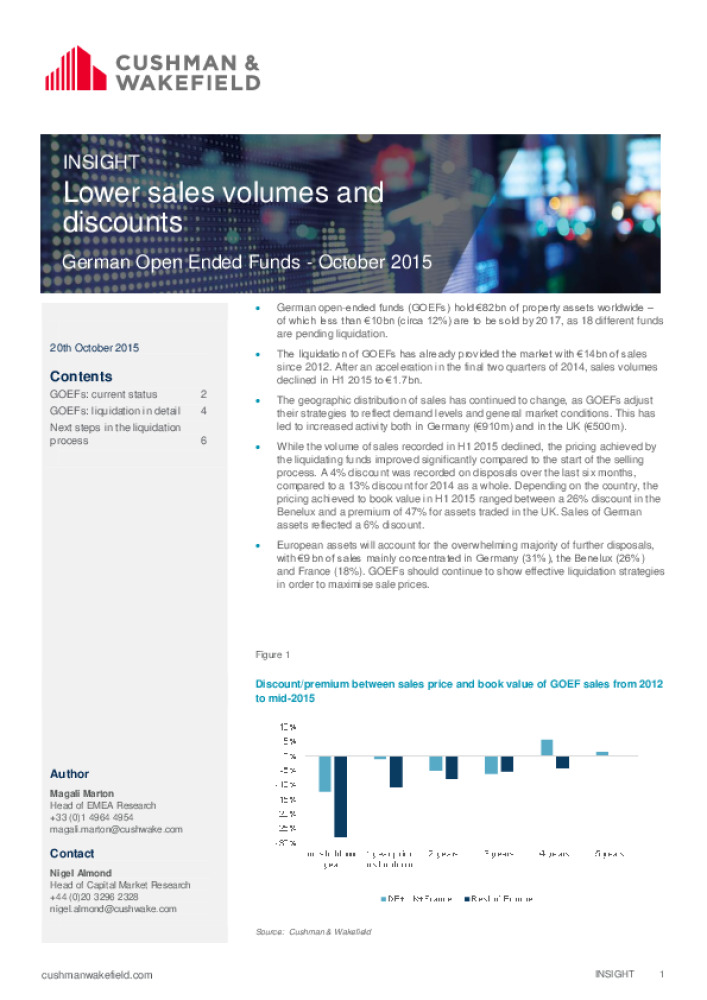 German open-ended funds (GOEFs) hold €82bn of property assets worldwide – of which less than €10bn (circa 12%) are to be sold by 2017, as 18 different funds are pending liquidation.

The liquidation of GOEFs has already provided the market with €14bn of sales since 2012. After an acceleration in the final two quarters of 2014, sales volumes declined in H1 2015 to €1.7bn.

The geographic distribution of sales has continued to change, as GOEFs adjust their strategies to reflect demand levels and general market conditions. This has led to increased activity both in Germany (€910m) and in the UK (€500m).

While the volume of sales recorded in H1 2015 declined, the pricing achieved by the liquidating funds improved significantly compared to the start of the selling process. A 4% discount was recorded on disposals over the last six months, compared to a 13% discount for 2014 as a whole. Depending on the country, the pricing achieved to book value in H1 2015 ranged between a 26% discount in the Benelux and a premium of 47% for assets traded in the UK. Sales of German assets reflected a 6% discount.

European assets will account for the overwhelming majority of further disposals, with €9bn of sales mainly concentrated in Germany (31%), the Benelux (26%) and France (18%). GOEFs should continue to show effective liquidation strategies in order to maximise sale prices. 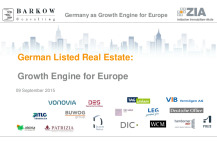