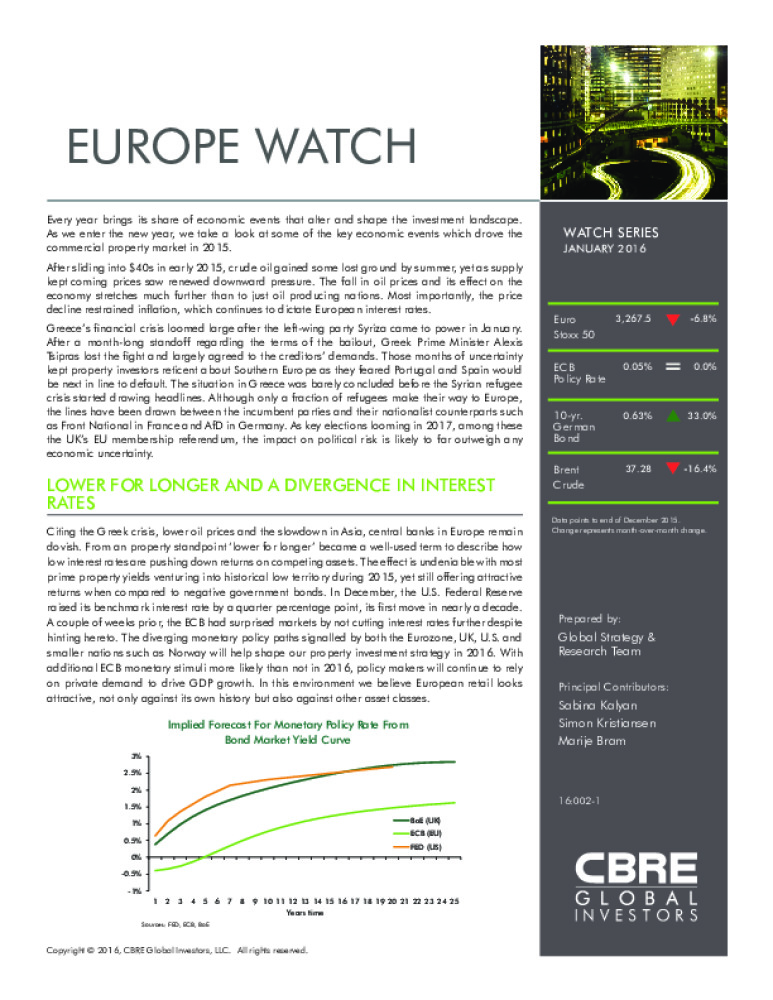 Every year brings its share of economic events that alter and shape the investment landscape. As we enter the new year, we take a look at some of the key economic events which drove the commercial property market in 2015.

After sliding into $40s in early 2015, crude oil gained some lost ground by summer, yet as supply kept coming prices saw renewed downward pressure. The fall in oil prices and its effect on the economy stretches much further than to just oil producing nations. Most importantly, the price decline restrained infl ation, which continues to dictate European interest rates.

Greece’s fi nancial crisis loomed large after the left-wing party Syriza came to power in January. After a month-long standoff regarding the terms of the bailout, Greek Prime Minister Alexis Tsipras lost the fi ght and largely agreed to the creditors’ demands. Those months of uncertainty kept property investors reticent about Southern Europe as they feared Portugal and Spain would be next in line to default. The situation in Greece was barely concluded before the Syrian refugee crisis started drawing headlines. Although only a fraction of refugees make their way to Europe, the lines have been drawn between the incumbent parties and their nationalist counterparts such as Front National in France and AfD in Germany. As key elections looming in 2017, among these the UK’s EU membership referendum, the impact on political risk is likely to far outweigh any economic uncertainty.