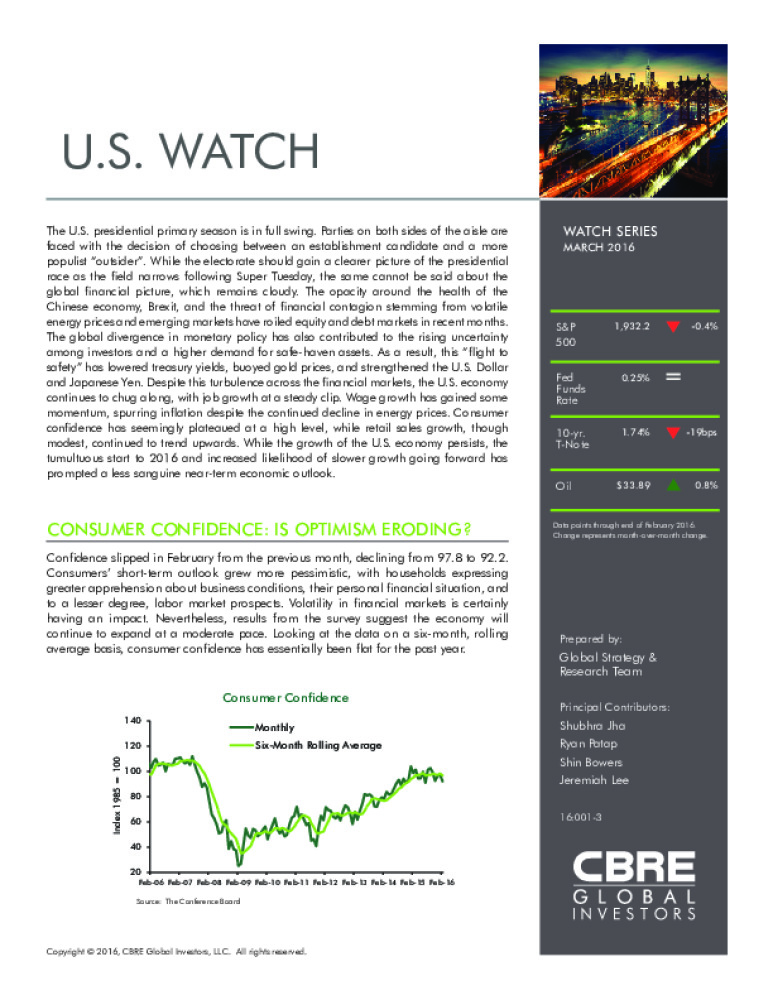 The U.S. presidential primary season is full swing. Parties on both sides of the aisle are faced with the decision of choosing between an establishment candidate and a more populist "outsider". While the electorate should gain a clearer picture of the presidential race as the field narrows following Super Tuesday, the same cannot be said about the glbal financial picture, which remains cloudy. The opacity around the health of the Chinese economy, Bexit, and the threat of financial contagion stemming from volatile energy prices and emerging markets have roiled equity and debt markets in recent months.