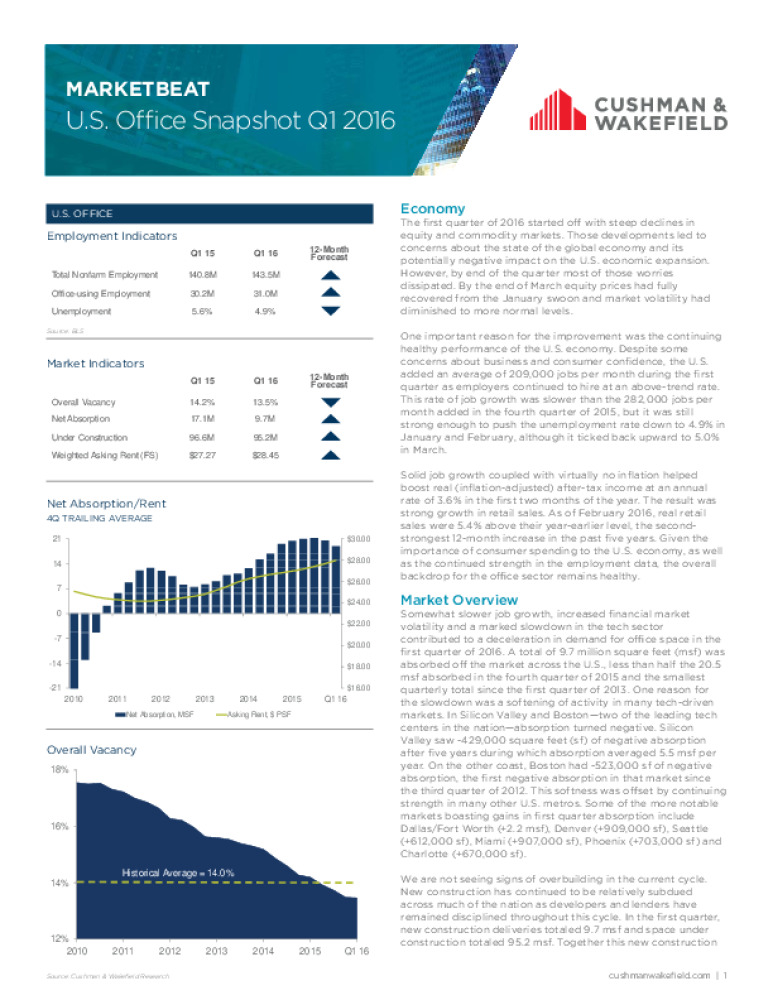 The fi rst quarter of 2016 started off with steep declines in equity and commodity markets. Those developments led to concerns about the state of the global economy and its potentially negative impact on the U.S. economic expansion. However, by end of the quarter most of those worries dissipated. By the end of March equity prices had fully recovered from the January swoon and market volatility had diminished to more normal levels.

One important reason for the improvement was the continuing healthy performance of the U.S. economy. Despite some concerns about business and consumer confi dence, the U.S. added an average of 209,000 jobs per month during the fi rst quarter as employers continued to hire at an above-trend rate. This rate of job growth was slower than the 282,000 jobs per month added in the fourth quarter of 2015, but it was still strong enough to push the unemployment rate down to 4.9% in January and February, although it ticked back upward to 5.0% in March.