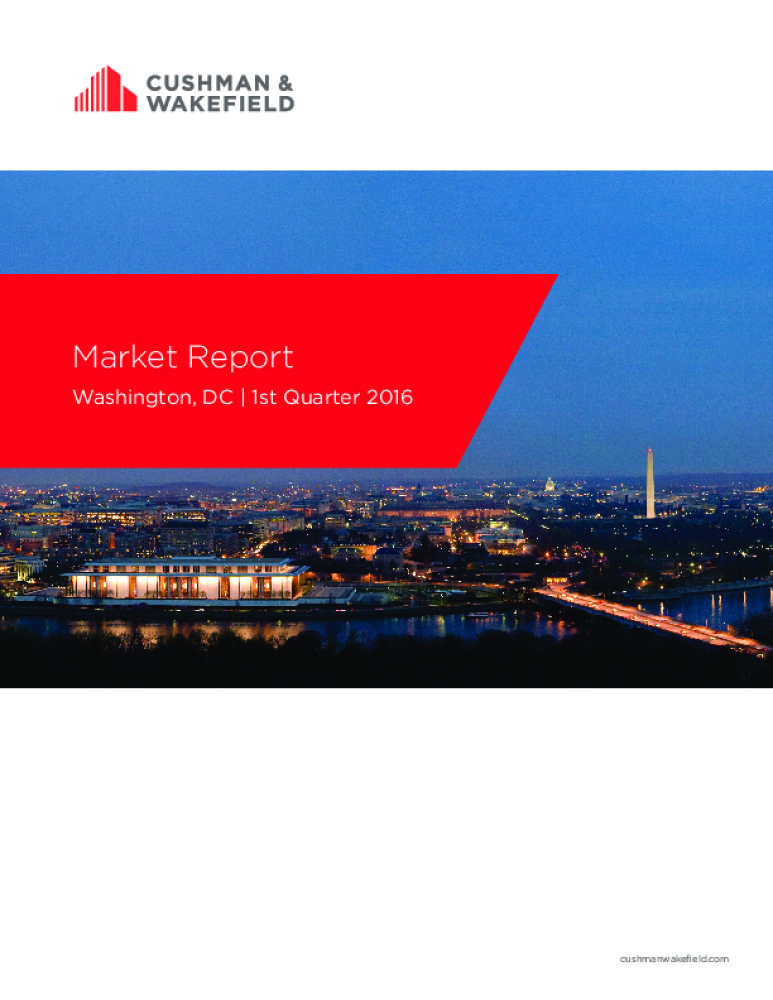 The first quarter of 2016 marked a continuation of and improvement on the robust growth experienced over the course of 2015 in the Washington, DC metropolitan region (DC Metro), and any potential slowdown in hiring due to the uncertainty of the upcoming presidential election has not been evident in the employment data. Quite the opposite, in fact: at the close of March 2016, DC Metro employers have added over 83,000 total nonfarm payroll jobs since March of 2015. Note that this is a region that typically adds closer to 35,000 jobs per year. While the DC Metro region’s economy outperformed that of the United States (U.S.) as a whole from the 1990s into 2011, budget sequestration and general gridlock in Washington caused the DC Metro region to lag the U.S. since the third quarter of 2011. But there is a sign that the region has returned to normalcy: its economy has now finally eclipsed the U.S. economy in year-over-year employment growth percentage, finishing Q1 2016 up 2.3% versus the national growth rate of 1.9%.