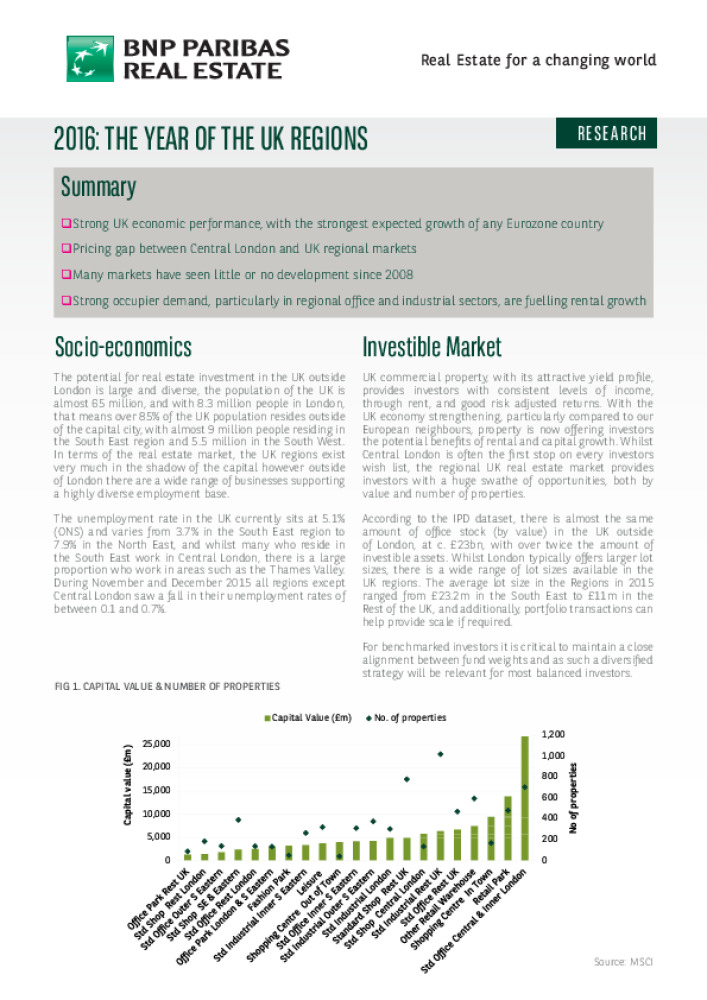 The potential for real estate investment in the UK outside London is large and diverse, the population of the UK is almost 65 million, and with 8.3 million people in London, that means over 85% of the UK population resides outside of the capital city, with almost 9 million people residing in the South West. In terms of the real estate market, the UK regions exist very much in the shadow of the capital however outside of London there are a wide range of business supporting a highly diverse employment base.