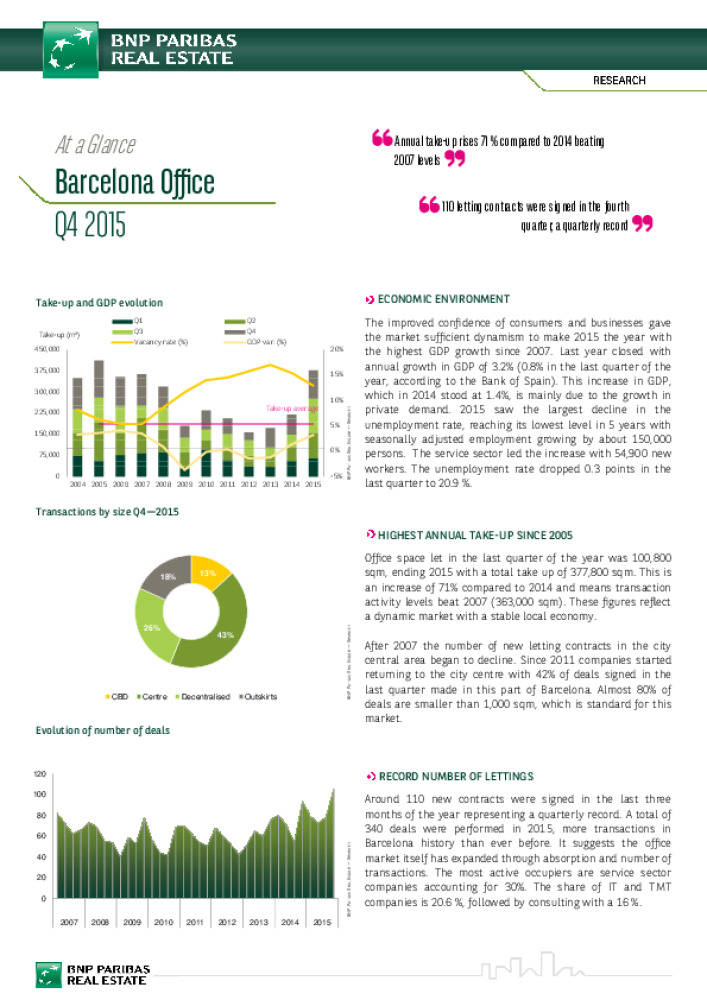 The improved condence of consumers and businesses gave the market sufcient dynamism to make 2015 the year with the highest GDP growth since 2007. Last year closed with annual growth in GDP of 3.2% (0.8% in the last quarter of the year, according to the Bank of Spain). This increase in GDP, which in 2014 stood at 1.4%, is mainly due to the growth in private demand. 2015 saw the largest decline in the unemployment rate, reaching its lowest level in 5 years with seasonally adjusted employment growing by about 150,000 persons. The service sector led the increase with 54,900 new workers. The unemployment rate dropped 0.3 points in the last quarter to 20.9 %.