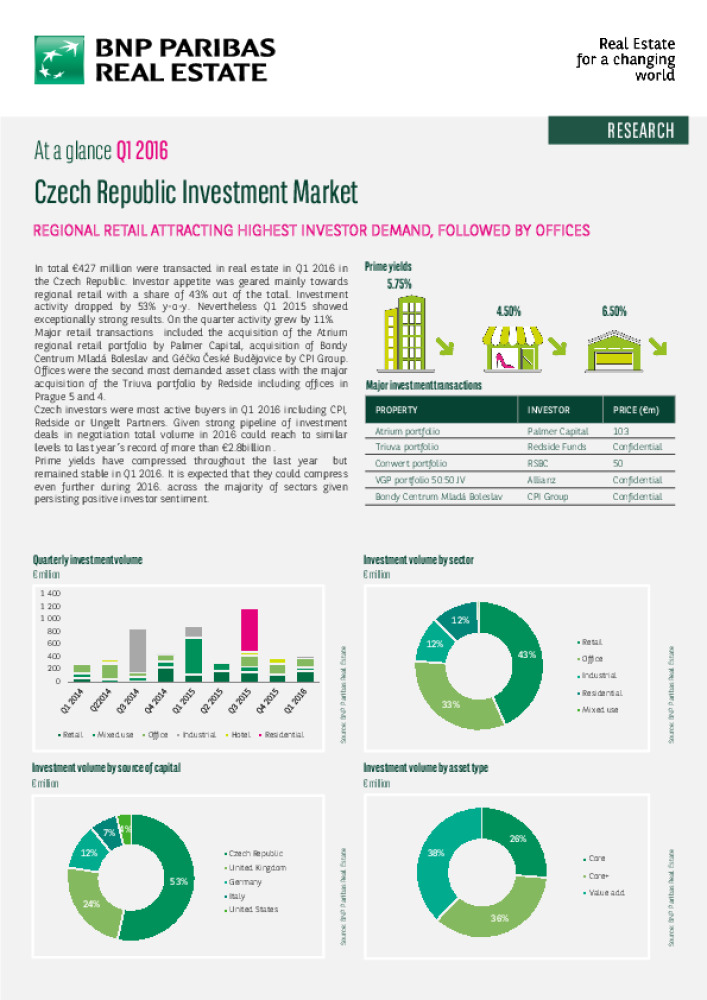 In total €427 million were transacted in real estate in Q1 2016 in the Czech Republic. Investor appetite was geared mainly towards regional retail with a share of 43% out of the total. Investment activity dropped by 53% y-o-y. Nevertheless Q1 2015 showed exceptionally strong results. On the quarter activity grew by 11%.

Czech investors were most active buyers in Q1 2016 including CPI, Redside or Ungelt Partners. Given strong pipeline of investment deals in negotiation total volume in 2016 could reach to similar levels to last year´s record of more than €2.8billion. Prime yields have compressed throughout the last year but remained stable in Q1 2016. It is expected that they could compress even further during 2016. across the majority of sectors given persisting positive investor sentiment.