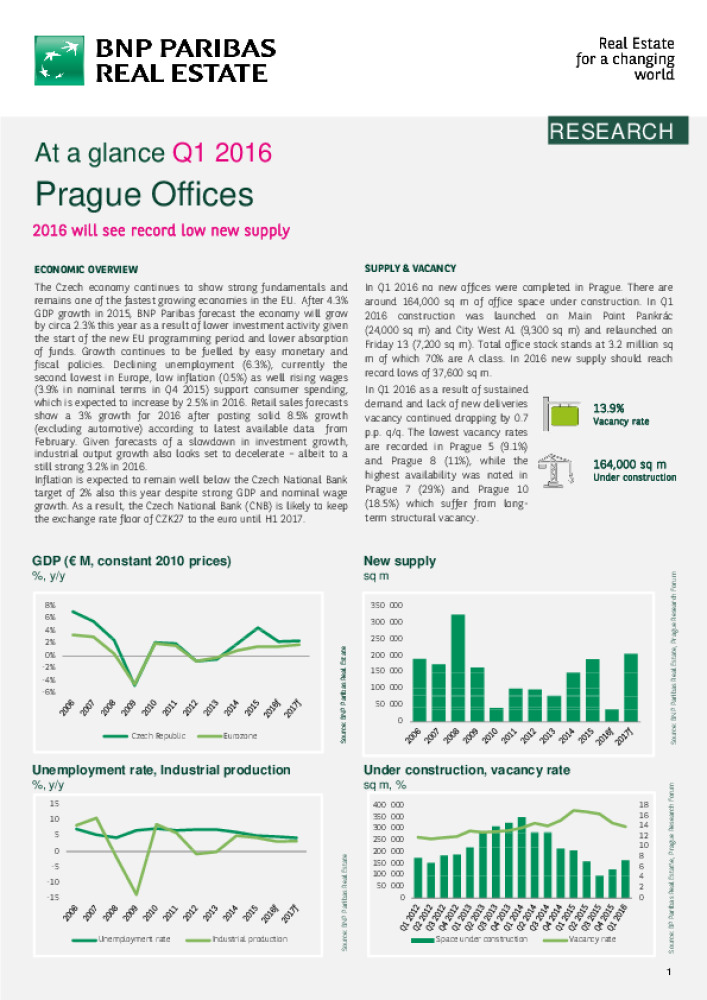 The Czech economy continues to show strong fundamentals and remains one of the fastest growing economies in the EU. After 4.3% GDP growth in 2015, BNP Paribas forecast the economy will grow by circa 2.3% this year as a result of lower investment activity given the start of the new EU programming period and lower absorption of funds. Growth continues to be fuelled by easy monetary and fiscal policies. Declining unemployment (6.3%), currently the second lowest in Europe, low inflation (0.5%) as well rising wages (3.9% in nominal terms in Q4 2015) support consumer spending, which is expected to increase by 2.5% in 2016. Retail sales forecasts show a 3% growth for 2016 after posting solid 8.5% growth (excluding automotive) according to latest available data from February. Given forecasts of a slowdown in investment growth, industrial output growth also looks set to decelerate – albeit to a still strong 3.2% in 2016.