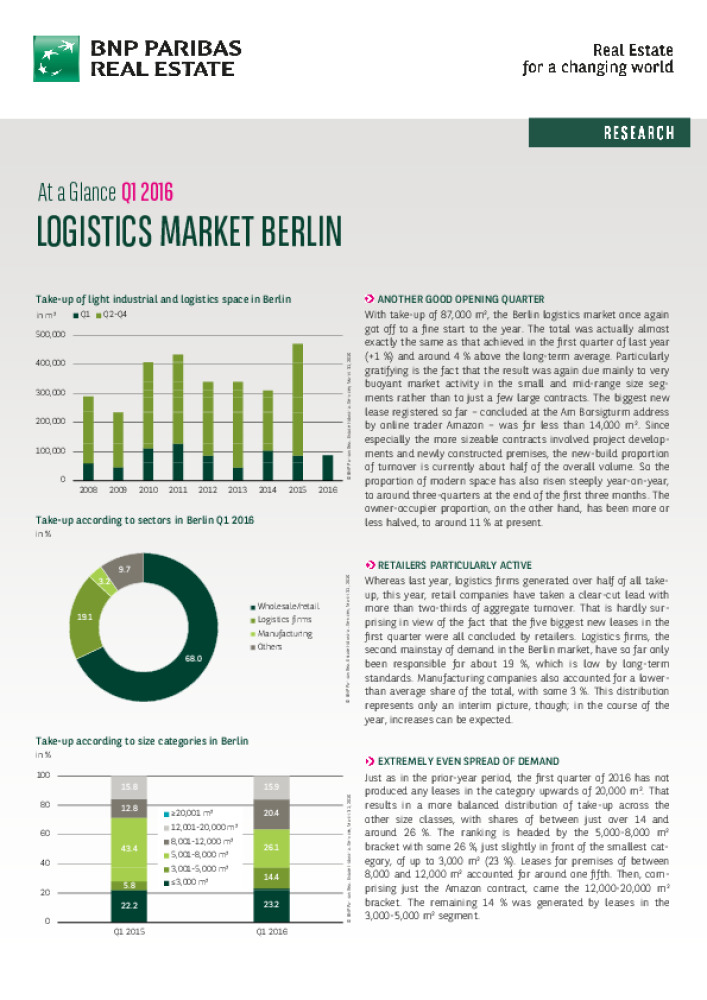 With take-up of 87,000 m², the Berlin logistics market once again got off to a fine start to the year. The total was actually almost exactly the same as that achieved in the first quarter of last year (+1 %) and around 4 % above the long-term average. Particularly gratifying is the fact that the result was again due mainly to very buoyant market activity in the small and mid-range size segments rather than to just a few large contracts. The biggest new lease registered so far – concluded at the Am Borsigturm address by online trader Amazon – was for less than 14,000 m². Since especially the more sizeable contracts involved project developments and newly constructed premises, the new-build proportion of turnover is currently about half of the overall volume. So the proportion of modern space has also risen steeply year-on-year, to around three-quarters at the end of the first three months. The owner-occupier proportion, on the other hand, has been more or less halved, to around 11 % at present.