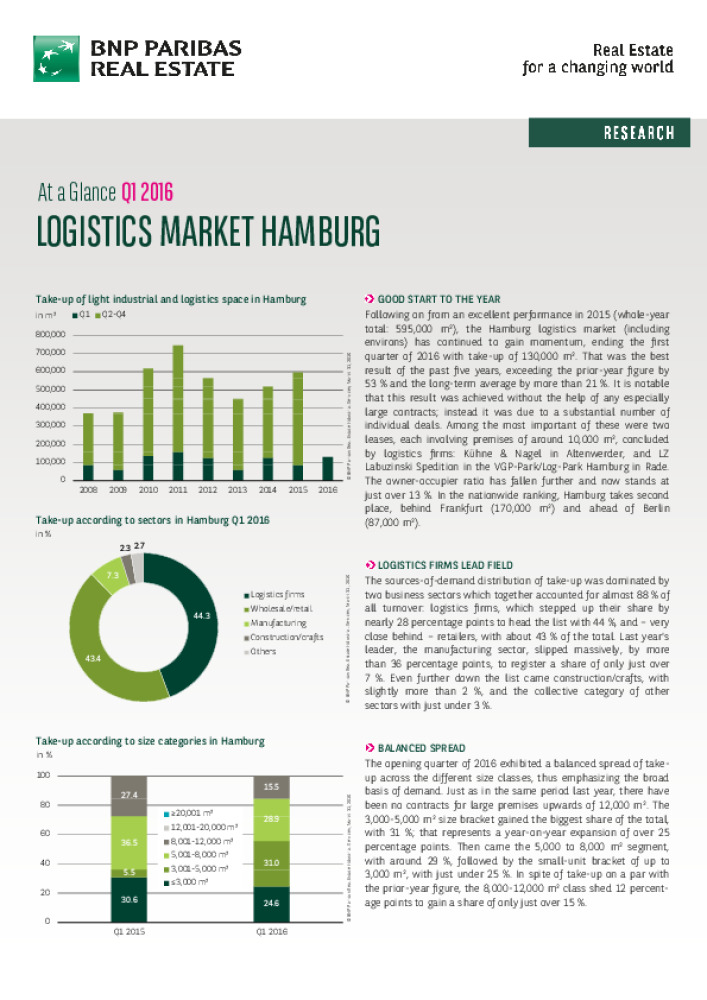 Following on from an excellent performance in 2015 (whole-year total: 595,000 m²), the Hamburg logistics market (including environs) has continued to gain momentum, ending the first quarter of 2016 with take-up of 130,000 m². That was the best result of the past five years, exceeding the prior-year figure by 53 % and the long-term average by more than 21 %. It is notable that this result was achieved without the help of any especially large contracts; instead it was due to a substantial number of individual deals. Among the most important of these were two leases, each involving premises of around 10,000 m², concluded by logistics firms: Kühne & Nagel in Altenwerder, and LZ Labuzinski Spedition in the VGP-Park/Log-Park Hamburg in Rade. The owner-occupier ratio has fallen further and now stands at just over 13 %. In the nationwide ranking, Hamburg takes second place, behind Frankfurt (170,000 m²) and ahead of Berlin (87,000 m²).