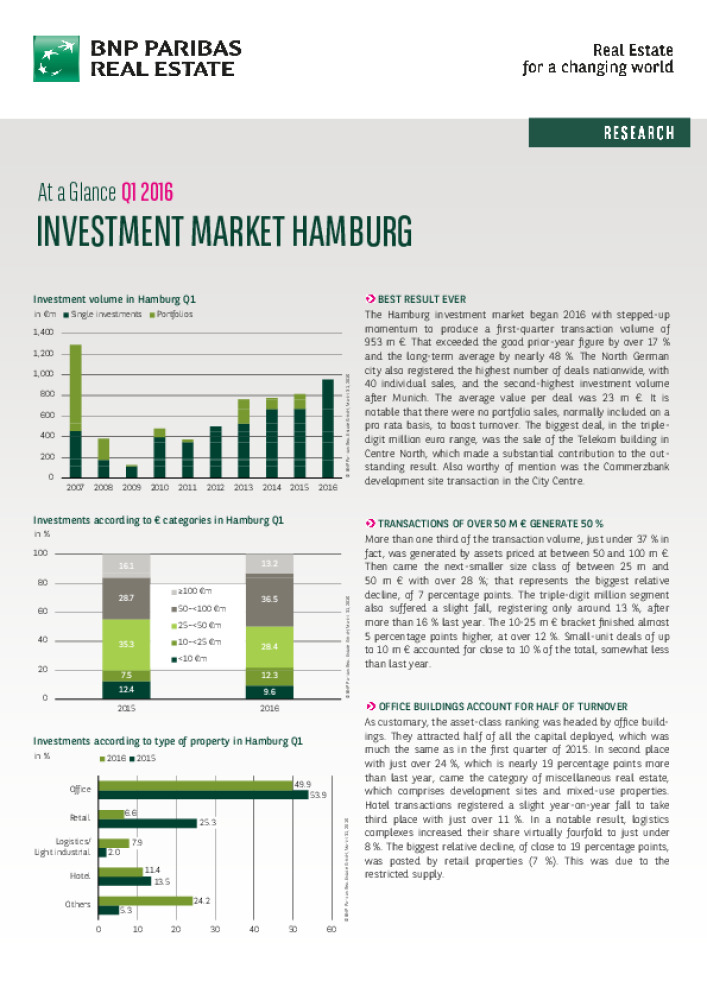 The Hamburg investment market began 2016 with stepped-up momentum to produce a first-quarter transaction volume of 953 m €. That exceeded the good prior-year figure by over 17 % and the long-term average by nearly 48 %. The North German city also registered the highest number of deals nationwide, with 40 individual sales, and the second-highest investment volume after Munich. The average value per deal was 23 m €. It is notable that there were no portfolio sales, normally included on a pro rata basis, to boost turnover. The biggest deal, in the tripledigit million euro range, was the sale of the Telekom building in Centre North, which made a substantial contribution to the outstanding result. Also worthy of mention was the Commerzbank development site transaction in the City Centre.