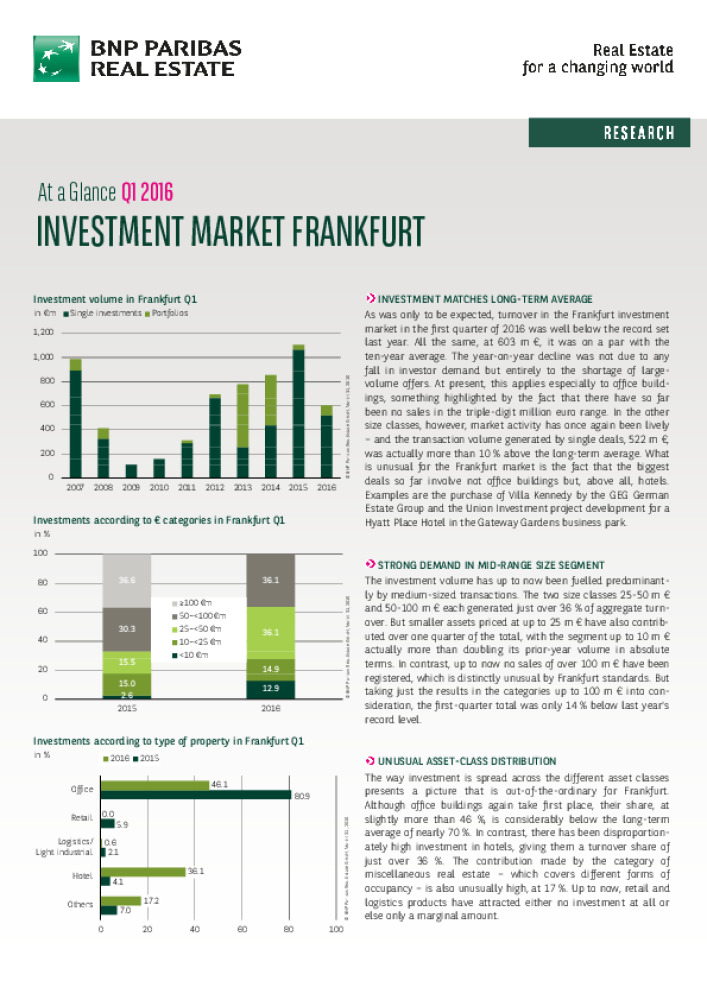 As was only to be expected, turnover in the Frankfurt investment market in the first quarter of 2016 was well below the record set last year. All the same, at 603 m €, it was on a par with the ten-year average. The year-on-year decline was not due to any fall in investor demand but entirely to the shortage of largevolume offers. At present, this applies especially to office buildings, something highlighted by the fact that there have so far been no sales in the triple-digit million euro range. In the other size classes, however, market activity has once again been lively – and the transaction volume generated by single deals, 522 m €, was actually more than 10 % above the long-term average. What is unusual for the Frankfurt market is the fact that the biggest deals so far involve not office buildings but, above all, hotels. Examples are the purchase of Villa Kennedy by the GEG German Estate Group and the Union Investment project development for a Hyatt Place Hotel in the Gateway Gardens business park.