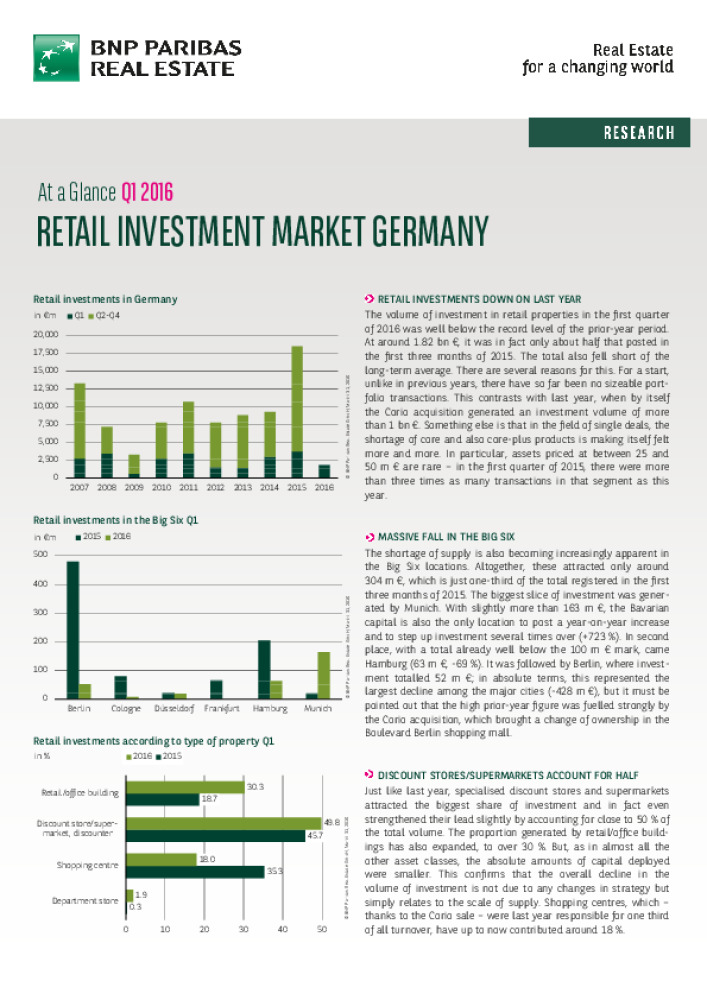 The volume of investment in retail properties in the first quarter of 2016 was well below the record level of the prior-year period. At around 1.82 bn €, it was in fact only about half that posted in the first three months of 2015. The total also fell short of the long-term average. There are several reasons for this. For a start, unlike in previous years, there have so far been no sizeable portfolio transactions. This contrasts with last year, when by itself the Corio acquisition generated an investment volume of more than 1 bn €. Something else is that in the field of single deals, the shortage of core and also core-plus products is making itself felt more and more. In particular, assets priced at between 25 and 50 m € are rare – in the first quarter of 2015, there were more than three times as many transactions in that segment as this year.

Always in, the outlet center market in Poland - March 2016 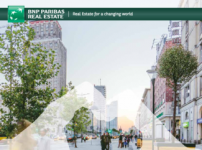 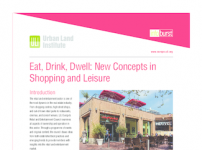