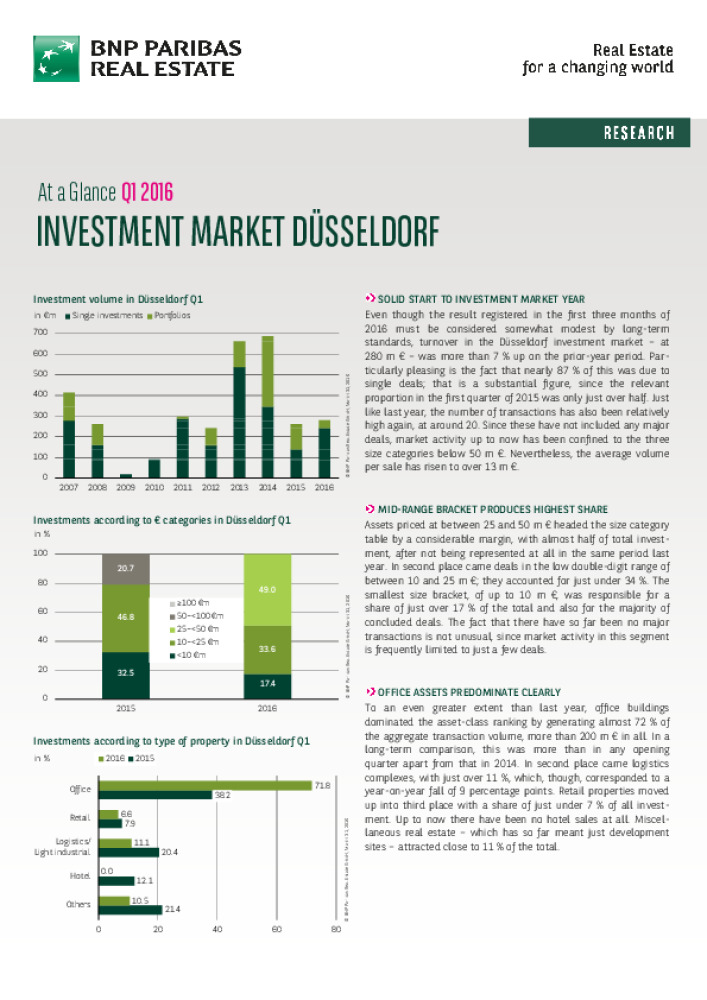 Even though the result registered in the first three months of 2016 must be considered somewhat modest by long-term standards, turnover in the Düsseldorf investment market – at 280 m € – was more than 7 % up on the prior-year period. Particularly pleasing is the fact that nearly 87 % of this was due to single deals; that is a substantial figure, since the relevant proportion in the first quarter of 2015 was only just over half. Just like last year, the number of transactions has also been relatively high again, at around 20. Since these have not included any major deals, market activity up to now has been confined to the three size categories below 50 m €. Nevertheless, the average volume per sale has risen to over 13 m €.