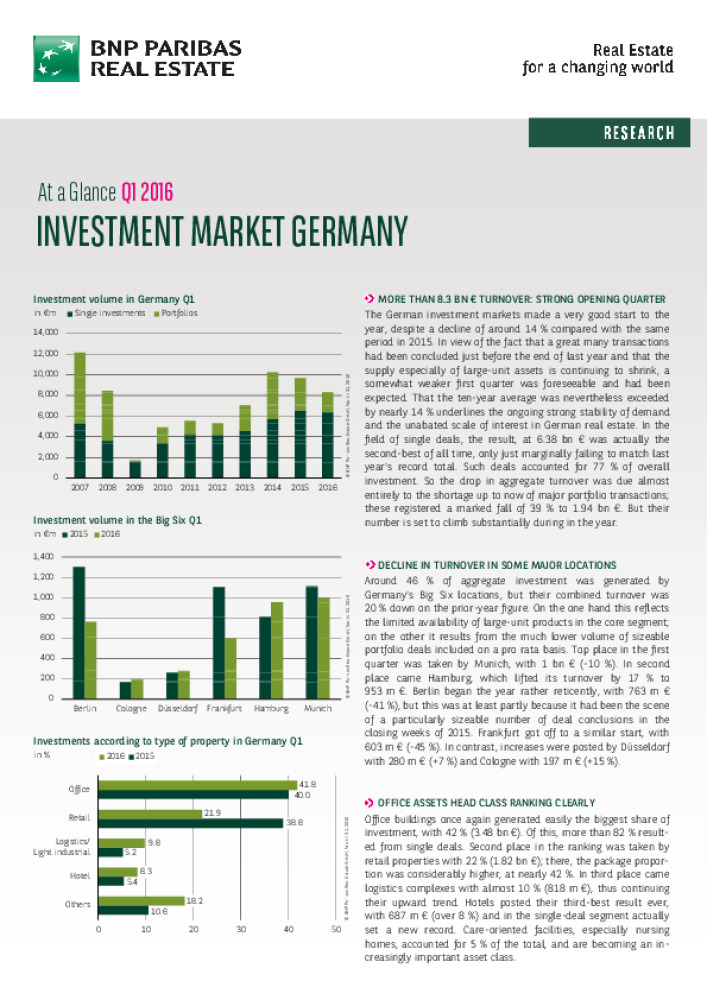 The German investment markets made a very good start to the year, despite a decline of around 14 % compared with the same period in 2015. In view of the fact that a great many transactions had been concluded just before the end of last year and that the supply especially of large-unit assets is continuing to shrink, a somewhat weaker first quarter was foreseeable and had been expected. That the ten-year average was nevertheless exceeded by nearly 14 % underlines the ongoing strong stability of demand and the unabated scale of interest in German real estate. In the field of single deals, the result, at 6.38 bn € was actually the second-best of all time, only just marginally failing to match last year's record total. Such deals accounted for 77 % of overall investment. So the drop in aggregate turnover was due almost entirely to the shortage up to now of major portfolio transactions; these registered a marked fall of 39 % to 1.94 bn €. But their number is set to climb substantially during in the year.