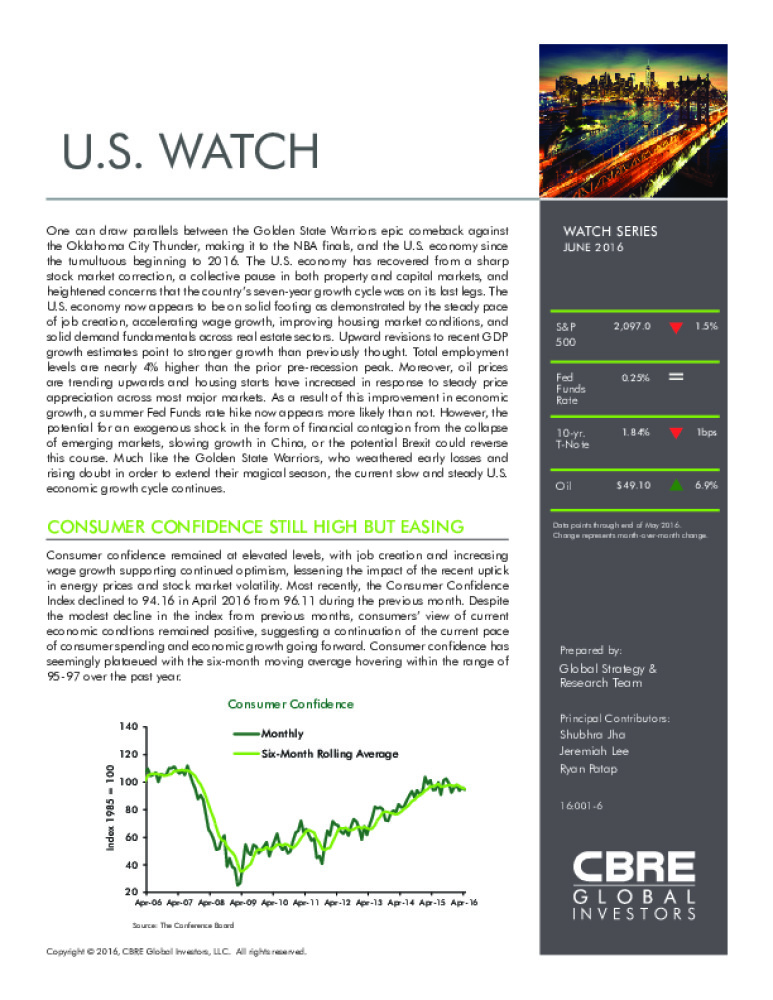 One can draw parallels between the Golden State Warriors epic comeback against the Oklahoma City Thunder, making it to the NBA fi nals, and the U.S. economy since the tumultuous beginning to 2016. The U.S. economy has recovered from a sharp stock market correction, a collective pause in both property and capital markets, and heightened concerns that the country’s seven-year growth cycle was on its last legs. The U.S. economy now appears to be on solid footing as demonstrated by the steady pace of job creation, accelerating wage growth, improving housing market conditions, and solid demand fundamentals across real estate sectors. Upward revisions to recent GDP growth estimates point to stronger growth than previously thought. Total employment levels are nearly 4% higher than the prior pre-recession peak. Moreover, oil prices are trending upwards and housing starts have increased in response to steady price appreciation across most major markets. As a result of this improvement in economic growth, a summer Fed Funds rate hike now appears more likely than not. However, the potential for an exogenous shock in the form of fi nancial contagion from the collapse of emerging markets, slowing growth in China, or the potential Brexit could reverse this course. Much like the Golden State Warriors, who weathered early losses and rising doubt in order to extend their magical season, the current slow and steady U.S. economic growth cycle continues.