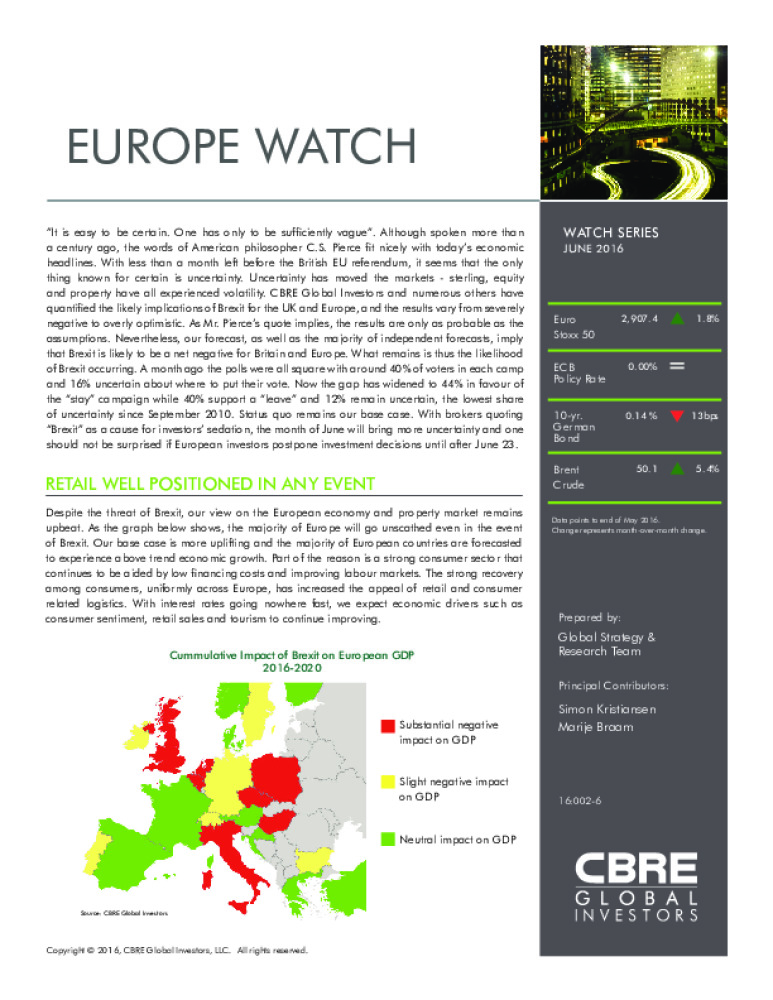 ”It is easy to be certain. One has only to be suffi ciently vague”. Although spoken more than a century ago, the words of American philosopher C.S. Pierce fi t nicely with today’s economic headlines. With less than a month left before the British EU referendum, it seems that the only thing known for certain is uncertainty. Uncertainty has moved the markets - sterling, equity and property have all experienced volatility. CBRE Global Investors and numerous others have quantified the likely implications of Brexit for the UK and Europe, and the results vary from severely negative to overly optimistic. As Mr. Pierce’s quote implies, the results are only as probable as the assumptions. Nevertheless, our forecast, as well as the majority of independent forecasts, imply that Brexit is likely to be a net negative for Britain and Europe. What remains is thus the likelihood of Brexit occurring. A month ago the polls were all square with around 40% of voters in each camp and 16% uncertain about where to put their vote. Now the gap has widened to 44% in favour of the “stay” campaign while 40% support a “leave” and 12% remain uncertain, the lowest share of uncertainty since September 2010. Status quo remains our base case. With brokers quoting “Brexit” as a cause for investors’ sedation, the month of June will bring more uncertainty and one should not be surprised if European investors postpone investment decisions until after June 23.