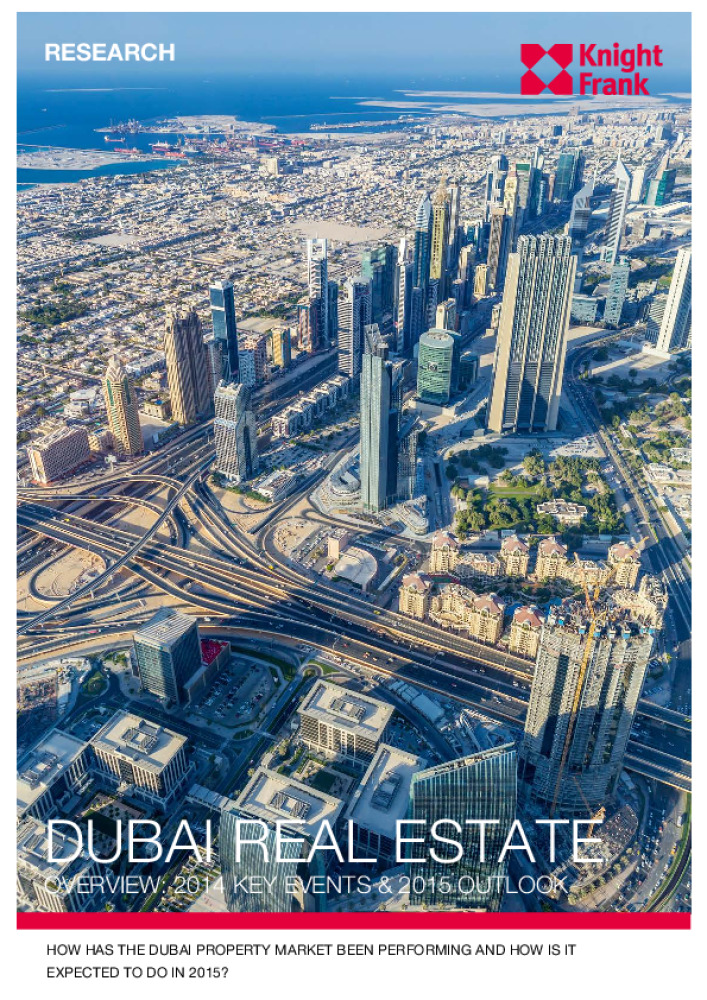 In 2014, the total number of residential sales transactions across Knight Frank’s basket of mainstream residential properties were down 41% compared to a year earlier. Unsurprisingly, in annual terms, the second half of the year was notably weaker than the first.

Data from the Dubai Land Department showed that Emiratis were the largest real estate investors in 2014, spending close to AED 22.8 billion. Meanwhile, Indians (AED 18.1 billion) were the largest expat buyers of real estate, followed by the British (AED 9.3 billion) and Pakistanis (AED 7.6 billion).

In quarterly terms, residential price growth entered negative territory in both the prime and mainstream segments in Q3 2014, with the former seeing a 0.2% fall and the latter a 5.2% drop. Moreover, the price indices experienced their second consecutive quarterly decline in the final three months of last year.