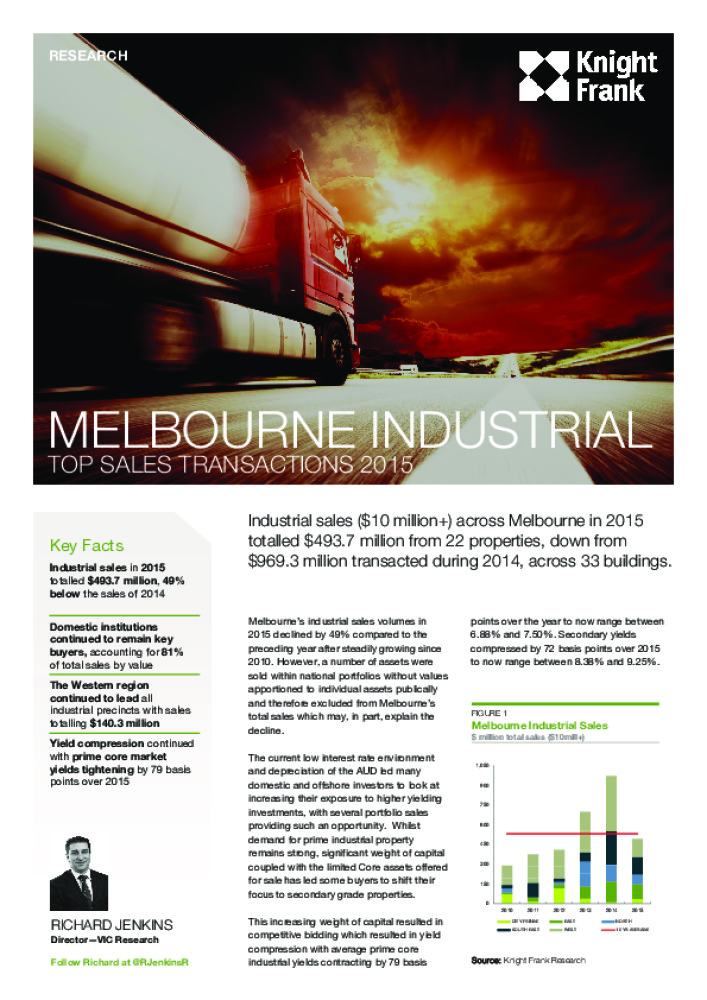 Melbourne’s industrial sales volumes in 2015 declined by 49% compared to the preceding year after steadily growing since 2010. However, a number of assets were sold within national portfolios without values apportioned to individual assets publically and therefore excluded from Melbourne’s total sales which may, in part, explain the decline.