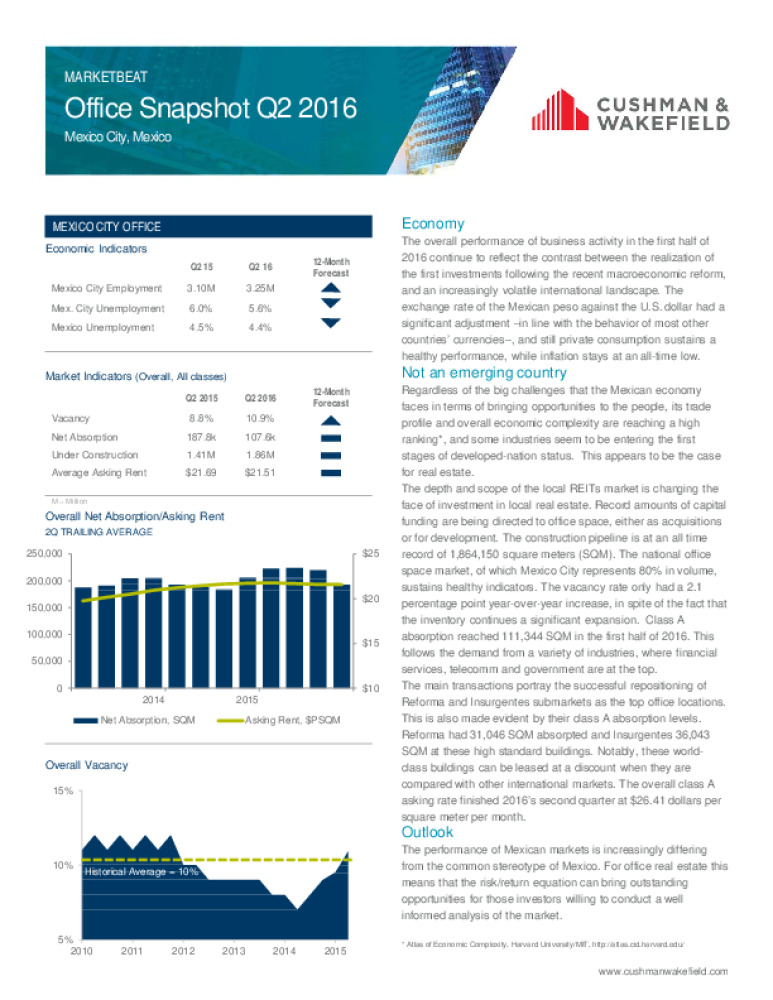 The overall performance of business activity in the first half of 2016 continue to reflect the contrast between the realization of the first investments following the recent macroeconomic reform, and an increasingly volatile international landscape. The exchange rate of the Mexican peso against the U.S. dollar had a significant adjustment –in line with the behavior of most other countries’ currencies–, and still private consumption sustains a healthy performance, while inflation stays at an all-time low.