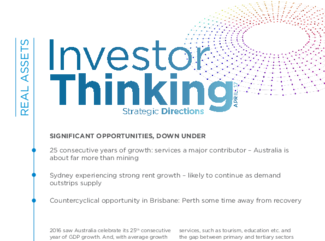 2016 saw Australia celebrate its 25th consecutive year of GDP growth. And, with average growth of 2.7% per annum forecast over the next three years, the end of the economic expansion is nowhere in sight. However, it is not just the length of this expansionary period that stands out, it is also the magnitude. Over the last 20 years, the Australian economy has grown faster than any of the G7 countries (3.2% p.a. compared to the G7 average of 1.9% p.a.) and now boasts GDP per capita second only to the US and Germany.

A commonly held view is that Australia is an economy in transition, historically driven by the mining sector. While the ups and downs of the commodities cycle play a part in currency movements, the mining sectors’ direct economic contribution is much smaller than most people assume. In 1984, mining accounted for just 4% of GDP. By 2016 this had risen to almost 7%. Over the same period financial and business services grew from 13% to 21%. Add in other services, such as tourism, education etc. and the gap between primary and tertiary sectors grows wider still. While the economy may be transitioning, it is, and continues to be, a service sector based economy. 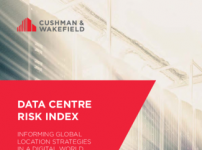