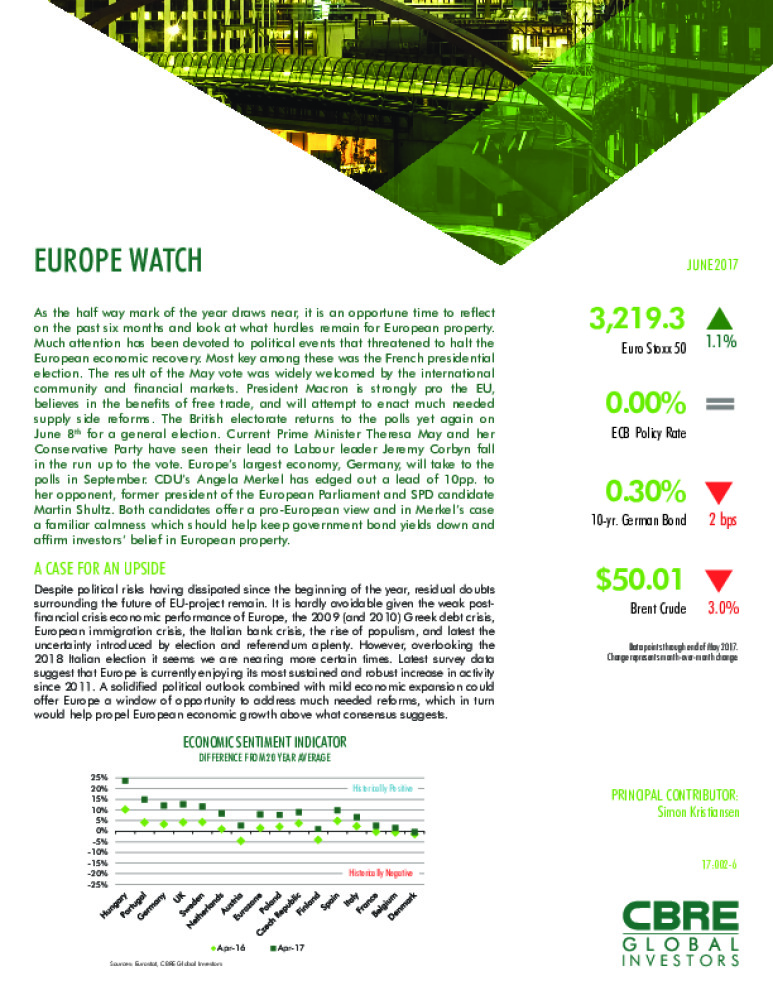 As the half way mark of the year draws near, it is an opportune time to reflect on the past six months and look at what hurdles remain for European property. Much attention has been devoted to political events that threatened to halt the European economic recovery. Most key among these was the French presidential election. The result of the May vote was widely welcomed by the international community and financial markets. President Macron is strongly pro the EU, believes in the benefits of free trade, and will attempt to enact much needed supply side reforms. The British electorate returns to the polls yet again on June 8th for a general election. Current Prime Minister Theresa May and her Conservative Party have seen their lead to Labour leader Jeremy Corbyn fall in the run up to the vote. Europe’s largest economy, Germany, will take to the polls in September. CDU’s Angela Merkel has edged out a lead of 10pp. to her opponent, former president of the European Parliament and SPD candidate Martin Shultz. Both candidates offer a pro-European view and in Merkel’s case a familiar calmness which should help keep government bond yields down and affirm investors’ belief in European property 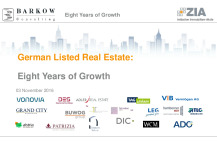