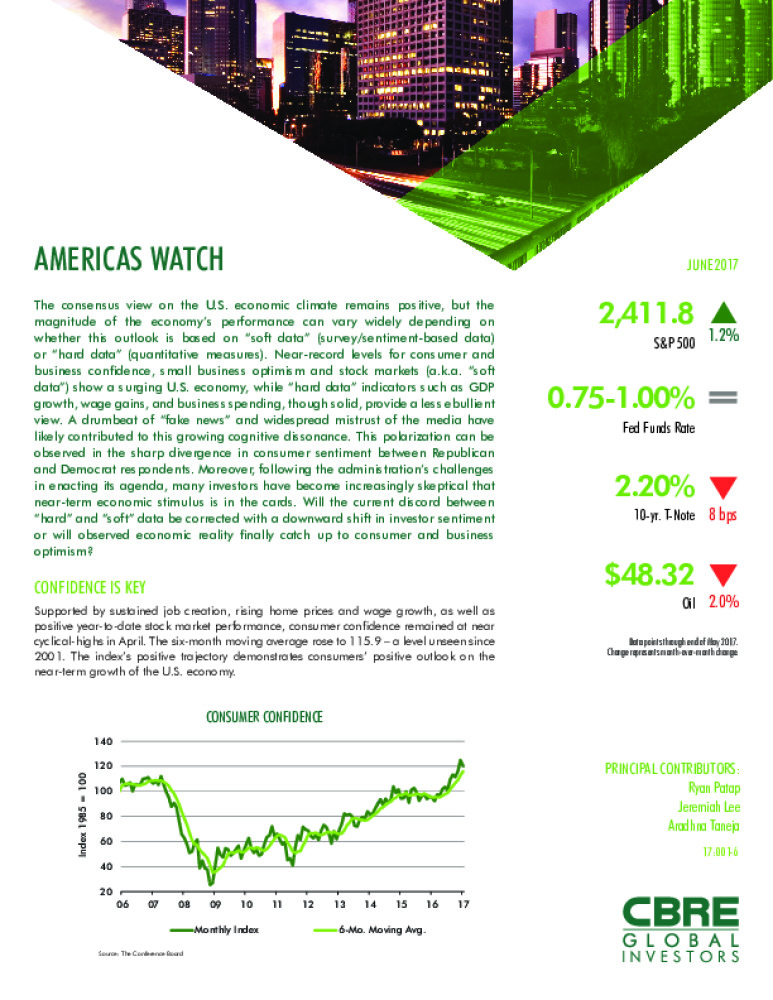 The consensus view on the U.S. economic climate remains positive, but the magnitude of the economy’s performance can vary widely depending on whether this outlook is based on “soft data” (survey/sentiment-based data) or “hard data” (quantitative measures). Near-record levels for consumer and business confidence, small business optimism and stock markets (a.k.a. “soft data”) show a surging U.S. economy, while “hard data” indicators such as GDP growth, wage gains, and business spending, though solid, provide a less ebullient view. A drumbeat of “fake news” and widespread mistrust of the media have likely contributed to this growing cognitive dissonance. This polarization can be observed in the sharp divergence in consumer sentiment between Republican and Democrat respondents. Moreover, following the administration’s challenges in enacting its agenda, many investors have become increasingly skeptical that near-term economic stimulus is in the cards. Will the current discord between “hard” and “soft” data be corrected with a downward shift in investor sentiment or will observed economic reality finally catch up to consumer and business optimism? 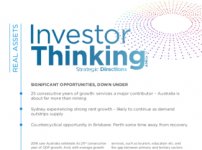