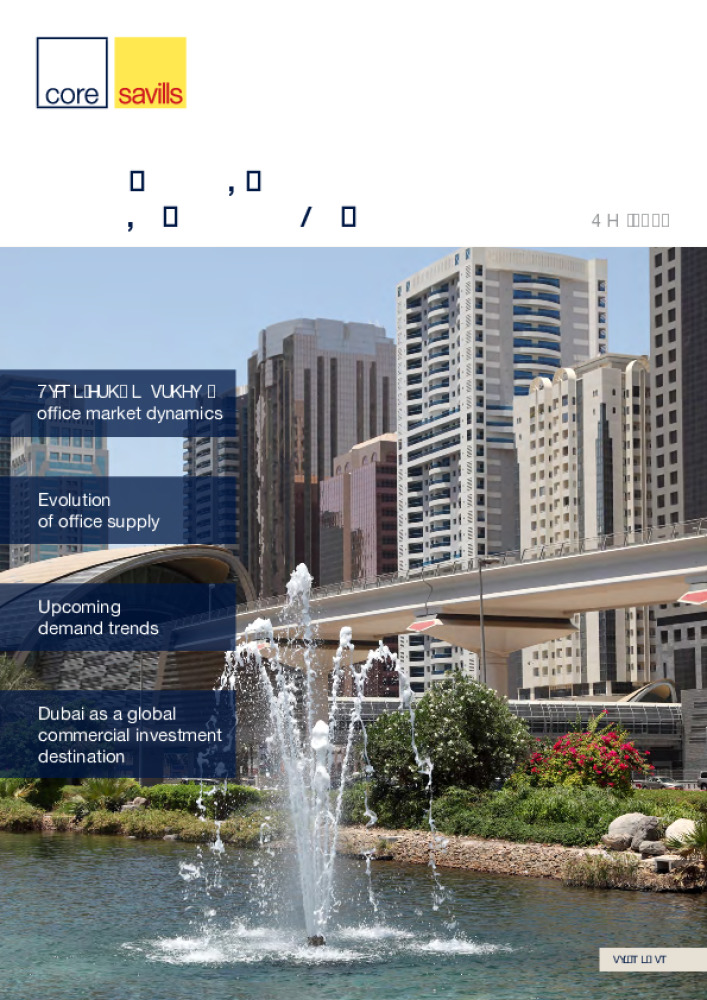 Dubai’s office leasing market has been relatively flat with lower level rents displaying continued resilience, while upper level rents have dropped across most areas - with an exception noticed in a few prime submarkets.

We have witnessed a 12% spike in overall enquiry levels when compared to Q1 2016. However, average enquired size has contracted significantly by 22%, indicative of a cautious stance exercised by firms towards expansion. Occupiers, particularly for smaller spatial requirements are favouring fully-fitted offices in order to reduce occupation timelines.

A growing trend of footprint optimisation is also emerging, as corporate tenants look to streamline services and operational costs by consolidating multiple offices across the city into a single space, saving on transaction and renewal fees. Furthermore, in the wake of softening rentals, better options are increasingly becoming available for relatively equivalent rents or marginal premiums in central areas that were once considered expensive.