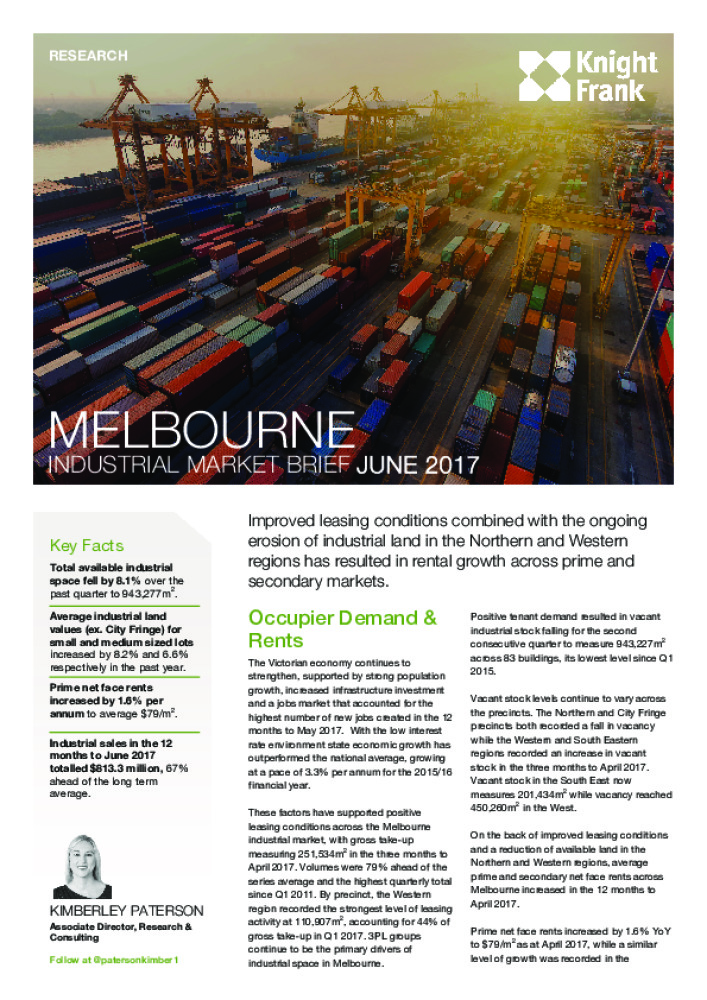 Improved leasing conditions combined with the ongoing erosion of industrial land in the Northern and Western regions has resulted in rental growth across prime and secondary markets.

The Victorian economy continues to strengthen, supported by strong population growth, increased infrastructure investment and a jobs market that accounted for the highest number of new jobs created in the 12 months to May 2017. With the low interest rate environment state economic growth has outperformed the national average, growing at a pace of 3.3% per annum for the 2015/16 financial year.