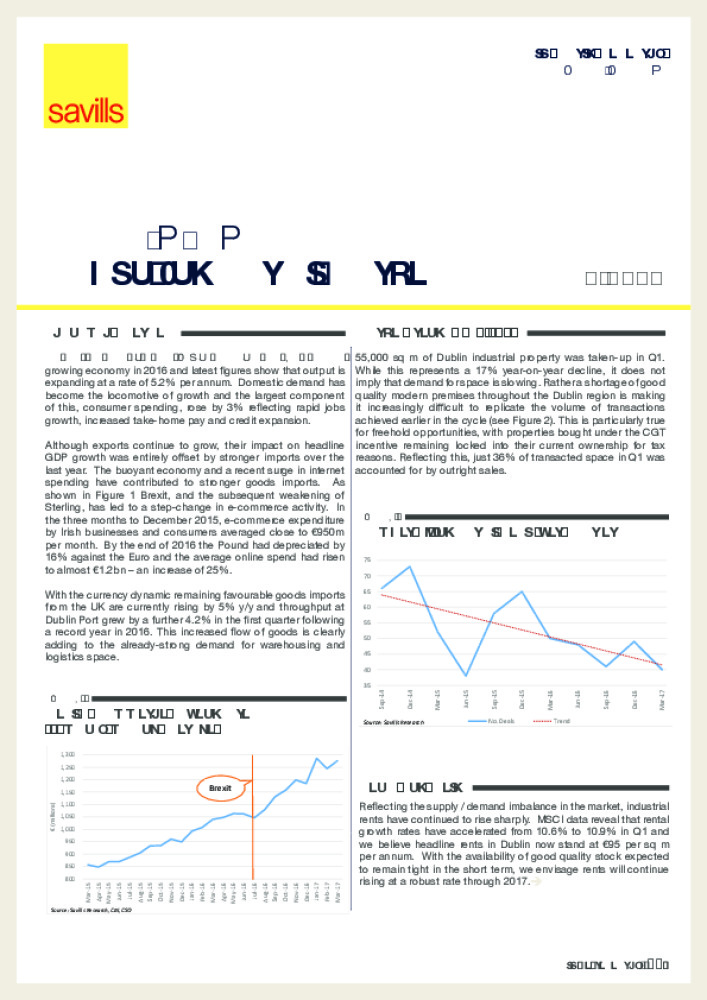 For the 3rd year in a row Ireland remained the EU's fastest growing economy in 2016 and latest figures show that output is expanding at a rate of 5.2% per annum. Domestic demand has become the locomotive of growth and the largest component of this, consumer spending, rose by 3% reflecting rapid jobs growth, increased take-home pay and credit expansion.

Although exports continue to grow, their impact on headline GDP growth was entirely offset by stronger imports over the last year. The buoyant economy and a recent surge in internet spending have contributed to stronger goods imports. As shown in Figure 1 Brexit, and the subsequent weakening of Sterling, has led to a step-change in e-commerce activity. In the three months to December 2015, e-commerce expenditure by Irish businesses and consumers averaged close to €950m per month. By the end of 2016 the Pound had depreciated by 16% against the Euro and the average online spend had risen to almost €1.2bn – an increase of 25%.

With the currency dynamic remaining favourable goods imports from the UK are currently rising by 5% y/y and throughput at Dublin Port grew by a further 4.2% in the first quarter following a record year in 2016. This increased flow of goods is clearly adding to the already-strong demand for warehousing and logistics space. 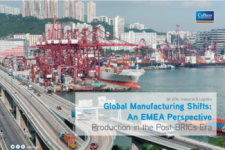 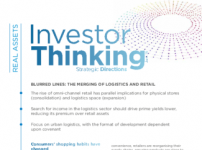 Blurred lines: The merging of logisitics and retail