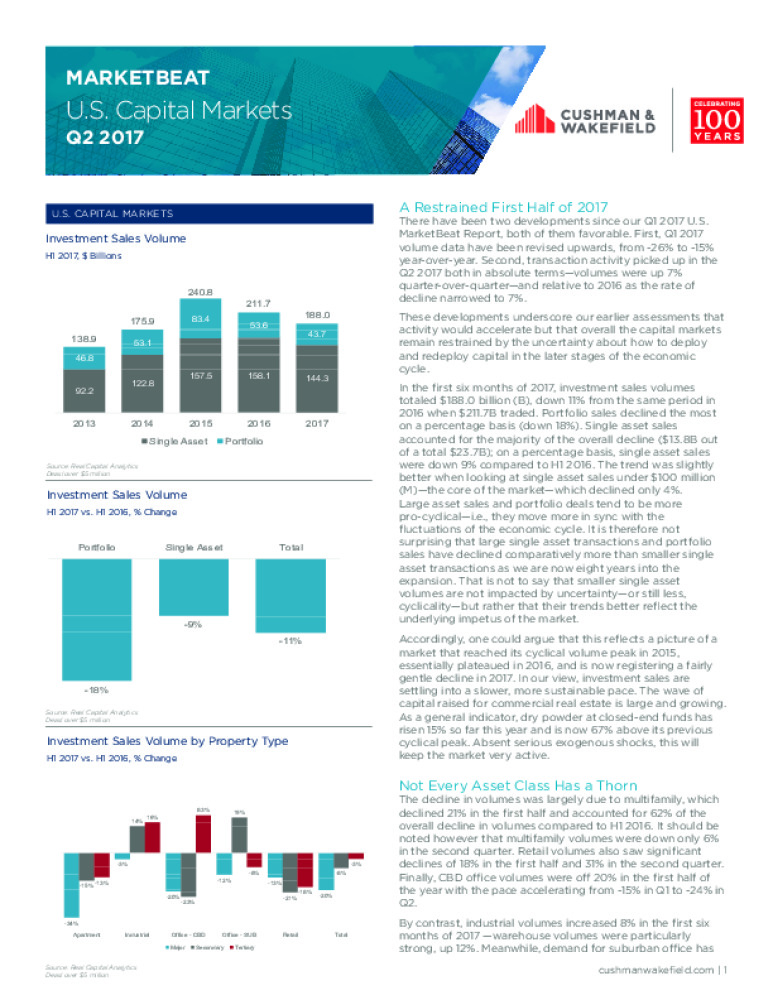 There have been two developments since our Q1 2017 U.S. MarketBeat Report, both of them favorable. First, Q1 2017 volume data have been revised upwards, from -26% to -15% year-over-year. Second, transaction activity picked up in the Q2 2017 both in absolute terms—volumes were up 7% quarter-over-quarter—and relative to 2016 as the rate of decline narrowed to 7%.

These developments underscore our earlier assessments that activity would accelerate but that overall the capital markets remain restrained by the uncertainty about how to deploy and redeploy capital in the later stages of the economic cycle. 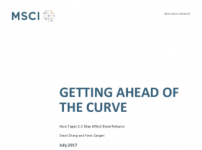 Getting Ahead of the Curve: How Taper 2.0 May Affect Bond Returns 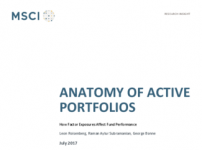 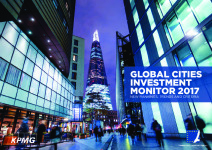 Global insurance markets - Current status and outlook up to 2027