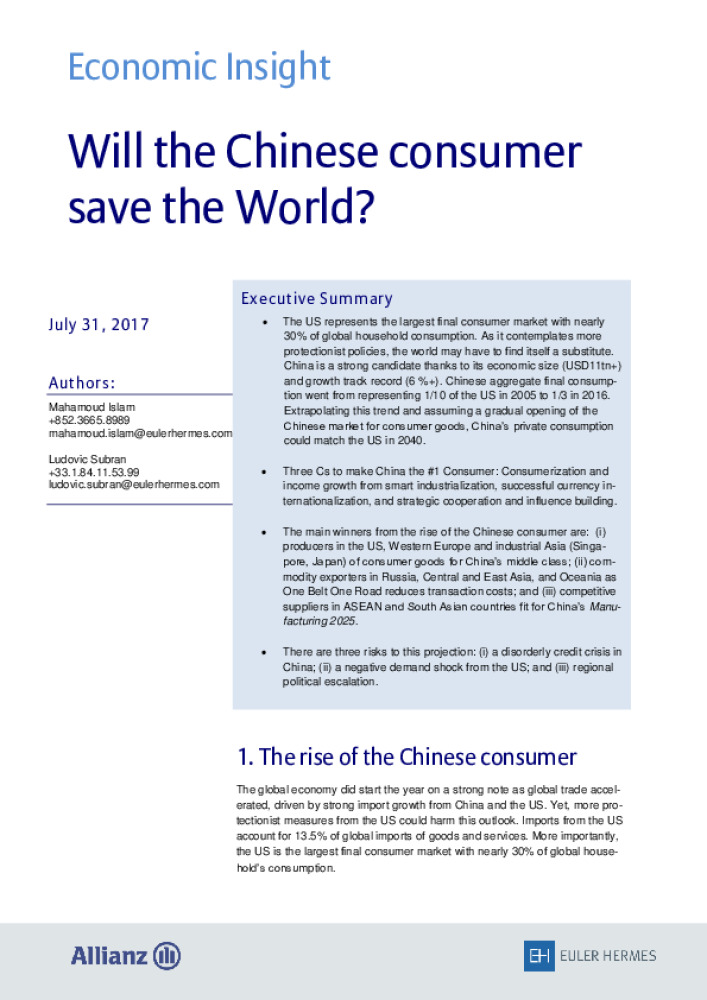 The US represents the largest final consumer market with nearly 30% of global household consumption. As it contemplates more protectionist policies, the world may have to find itself a substitute. China is a strong candidate thanks to its economic size (USD11tn+) and growth track record (6 %+). Chinese aggregate final consumption went from representing 1/10 of the US in 2005 to 1/3 in 2016. Extrapolating this trend and assuming a gradual opening of the Chinese market for consumer goods, China’s private consumption could match the US in 2040.

The main winners from the rise of the Chinese consumer are: (i) producers in the US, Western Europe and industrial Asia (Singapore, Japan) of consumer goods for China’s middle class; (ii) commodity exporters in Russia, Central and East Asia, and Oceania as One Belt One Road reduces transaction costs; and (iii) competitive suppliers in ASEAN and South Asian countries fit for China’s Manufacturing 2025.

There are three risks to this projection: (i) a disorderly credit crisis in China; (ii) a negative demand shock from the US; and (iii) regional political escalation.

The Global Food & Beverage market : What's on the Menu ?