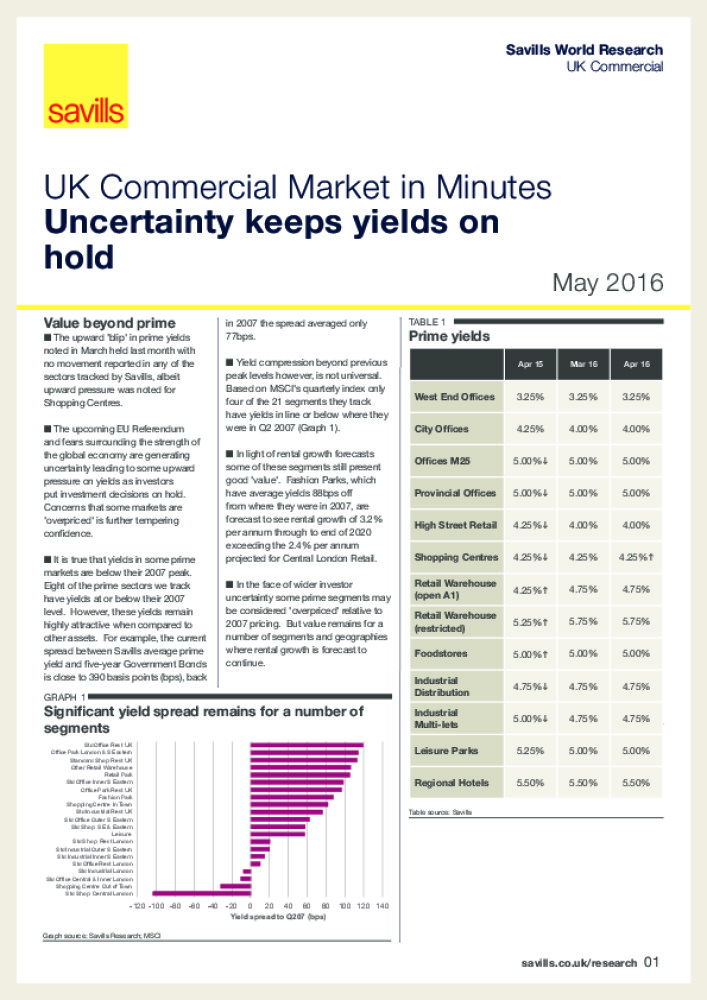 The upward 'blip' in prime yields noted in March held last month with no movement reported in any of the sectors tracked by Savills, albeit upward pressure was noted for Shopping Centres.

The upcoming EU Referendum and fears surrounding the strength of the global economy are generating uncertainty leading to some upward pressure on yields as investors put investment decisions on hold. Concerns that some markets are 'overpriced' is further tempering confidence.

It is true that yields in some prime markets are below their 2007 peak. Eight of the prime sectors we track have yields at or below their 2007 level. However, these yields remain highly attractive when compared to other assets. For example, the current spread between Savills average prime yield and five-year Government Bonds is close to 390 basis points (bps), back in 2007 the spread averaged only 77bps. 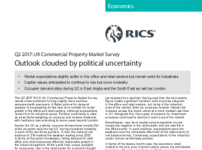