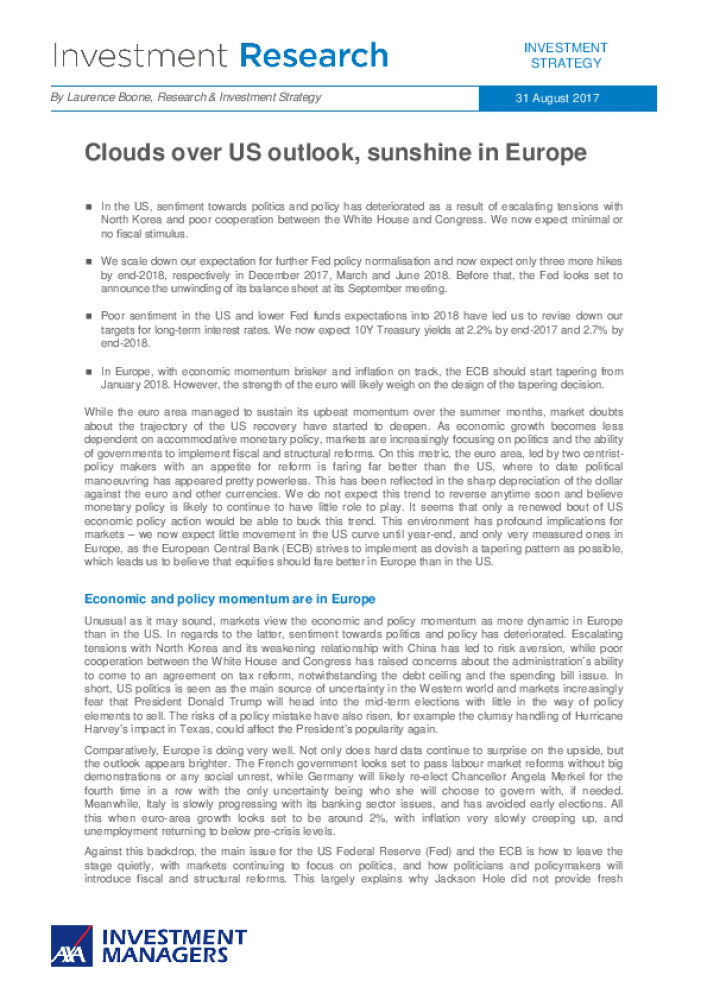 ・In the US, sentiment towards politics and policy has deteriorated as a result of escalating tensions with North Korea and poor cooperation between the White House and Congress. We now expect minimal or no fiscal stimulus.

・ We scale down our expectation for further Fed policy normalisation and now expect only three more hikes by end-2018, respectively in December 2017, March and June 2018. Before that, the Fed looks set to announce the unwinding of its balance sheet at its September meeting.

・In Europe, with economic momentum brisker and inflation on track, the ECB should start tapering from January 2018. However, the strength of the euro will likely weigh on the design of the tapering decision.

While the euro area managed to sustain its upbeat momentum over the summer months, market doubts about the trajectory of the US recovery have started to deepen. As economic growth becomes less dependent on accommodative monetary policy, markets are increasingly focusing on politics and the ability of governments to implement fiscal and structural reforms. On this metric, the euro area, led by two centristpolicy makers with an appetite for reform is faring far better than the US, where to date political manoeuvring has appeared pretty powerless. This has been reflected in the sharp depreciation of the dollar against the euro and other currencies. We do not expect this trend to reverse anytime soon and believe monetary policy is likely to continue to have little role to play. It seems that only a renewed bout of US economic policy action would be able to buck this trend. This environment has profound implications for markets – we now expect little movement in the US curve until year-end, and only very measured ones in Europe, as the European Central Bank (ECB) strives to implement as dovish a tapering pattern as possible, which leads us to believe that equities should fare better in Europe than in the US. 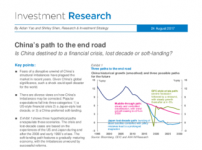 China’s path to the end road : Is China destined to a financial crisis, lost decade or soft-landing? 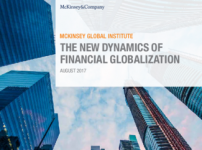 The new dynamics of financial globalization 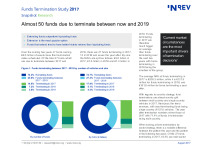 Almost 50 funds due to terminate between now and 2019