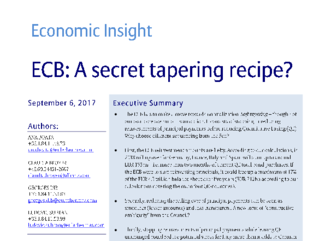 The ECB has to make a move towards normalization. Soft tapering - though not our own core scenario - is an option. It consists of stopping or reducing reinvestments of principal payments before reducing Quantitative Easing (QE). Why choose different sequencing from the Fed?

First, the ECB reinvestment amounts are hefty. According to our calculations, in 2018 rolling over for Germany, France, Italy and Spain will sum up to around EUR 135bn -i.e. more than two months of current QE total bond purchases. If the ECB were to stop reinvesting principals, it could free up a maximum of 17% of the EUR 4.5 trillion balance sheet over five years (EUR 712bn according to our calculations covering the main four QE-countries).

Secondly, reducing the rolling over of principal payments can be seen as smoother (lesser amounts) and less transparent. A new form of "constructive ambiguity" from the Council?

Thirdly, stopping reinvestments of principal payments while leaving QE unchanged could reduce potential stress for Italy more than it adds to German scarcity. 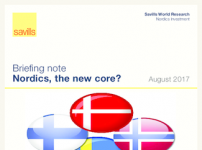 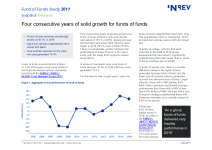