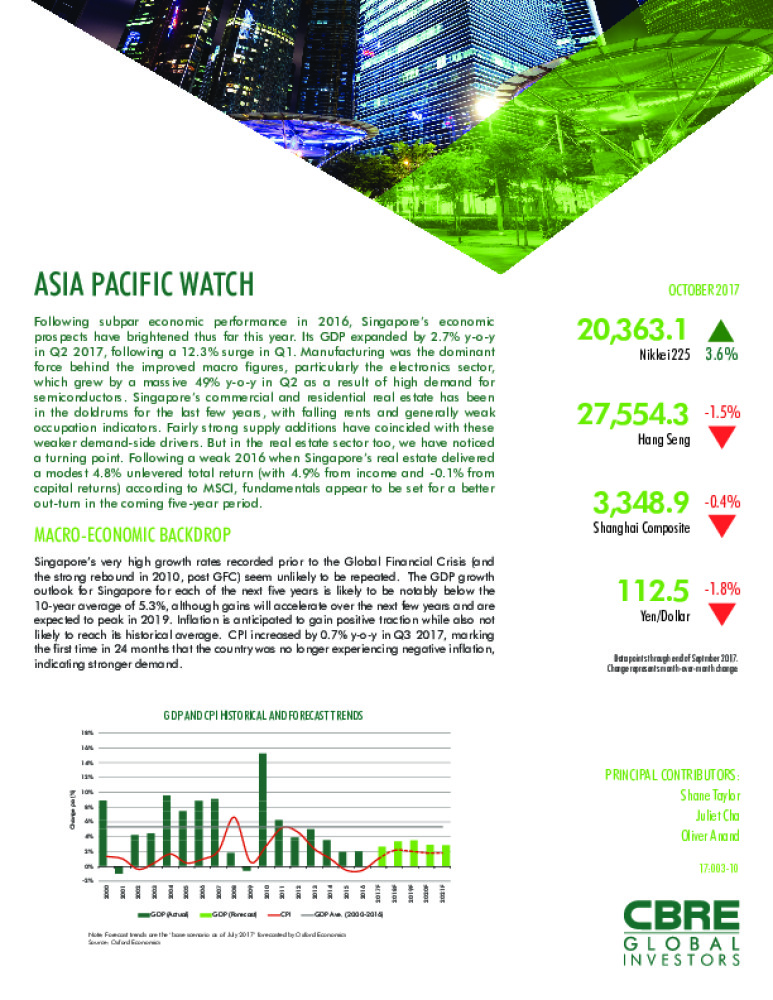 Following subpar economic performance in 2016, Singapore’s economic prospects have brightened thus far this year. Its GDP expanded by 2.7% y-o-y in Q2 2017, following a 12.3% surge in Q1. Manufacturing was the dominant force behind the improved macro figures, particularly the electronics sector, which grew by a massive 49% y-o-y in Q2 as a result of high demand for semiconductors. Singapore’s commercial and residential real estate has been in the doldrums for the last few years, with falling rents and generally weak occupation indicators. Fairly strong supply additions have coincided with these weaker demand-side drivers. But in the real estate sector too, we have noticed a turning point. Following a weak 2016 when Singapore’s real estate delivered a modest 4.8% unlevered total return (with 4.9% from income and -0.1% from capital returns) according to MSCI, fundamentals appear to be set for a better out-turn in the coming five-year period.