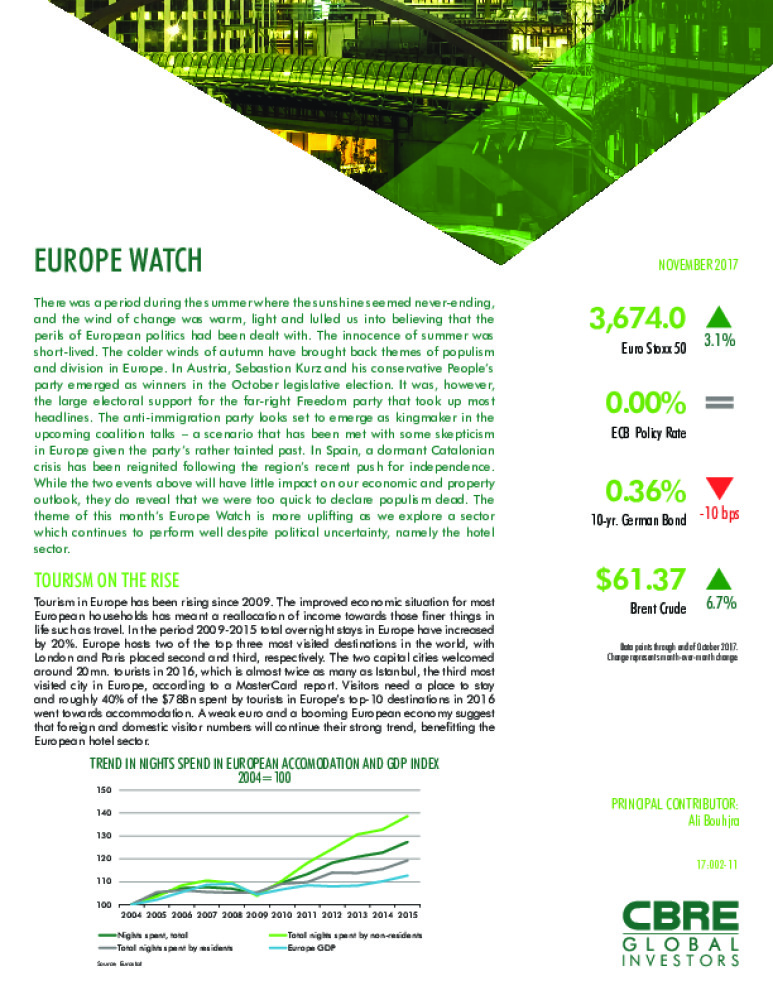 There was a period during the summer where the sunshine seemed never-ending, and the wind of change was warm, light and lulled us into believing that the perils of European politics had been dealt with. The innocence of summer was short-lived. The colder winds of autumn have brought back themes of populism and division in Europe. In Austria, Sebastian Kurz and his conservative People’s party emerged as winners in the October legislative election. It was, however, the large electoral support for the far-right Freedom party that took up most headlines. The anti-immigration party looks set to emerge as kingmaker in the upcoming coalition talks – a scenario that has been met with some skepticism in Europe given the party’s rather tainted past. In Spain, a dormant Catalonian crisis has been reignited following the region’s recent push for independence. While the two events above will have little impact on our economic and property outlook, they do reveal that we were too quick to declare populism dead. The theme of this month’s Europe Watch is more uplifting as we explore a sector which continues to perform well despite political uncertainty, namely the hotel sector. 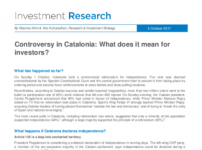