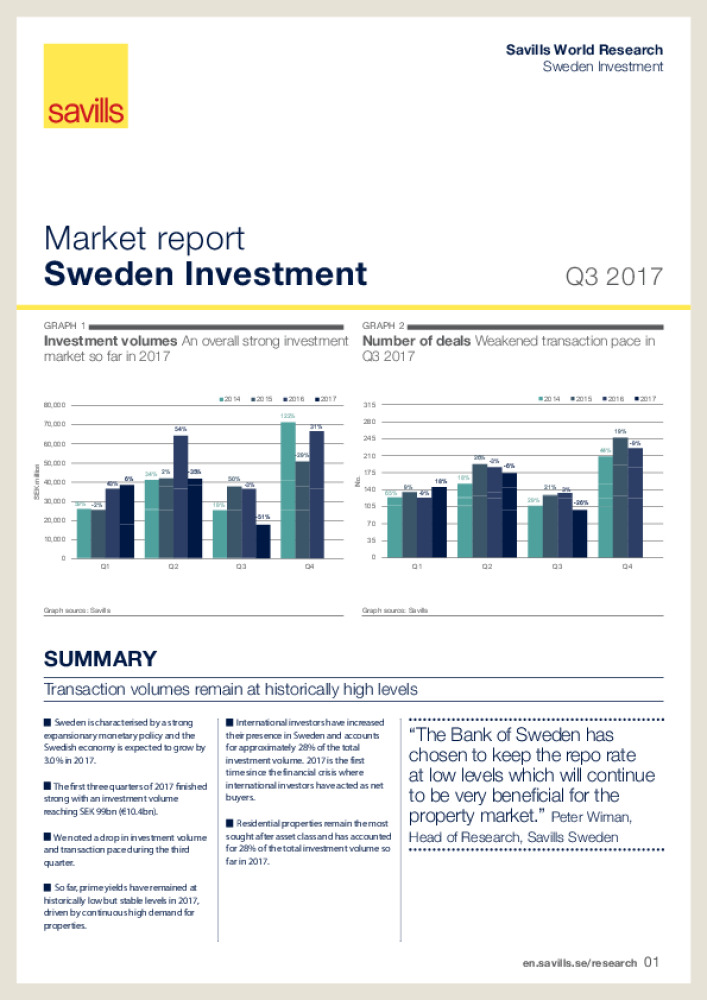 Transaction volumes remain at historically high levels Sweden is characterised by a strong expansionary monetary policy and the Swedish economy is expected to grow by 3.0% in 2017.

We noted a drop in investment volume and transaction pace during the third quarter.

So far, prime yields have remained at historically low but stable levels in 2017, driven by continuous high demand for properties.

Residential properties remain the most sought after asset class and has accounted for 28% of the total investment volume so far in 2017.